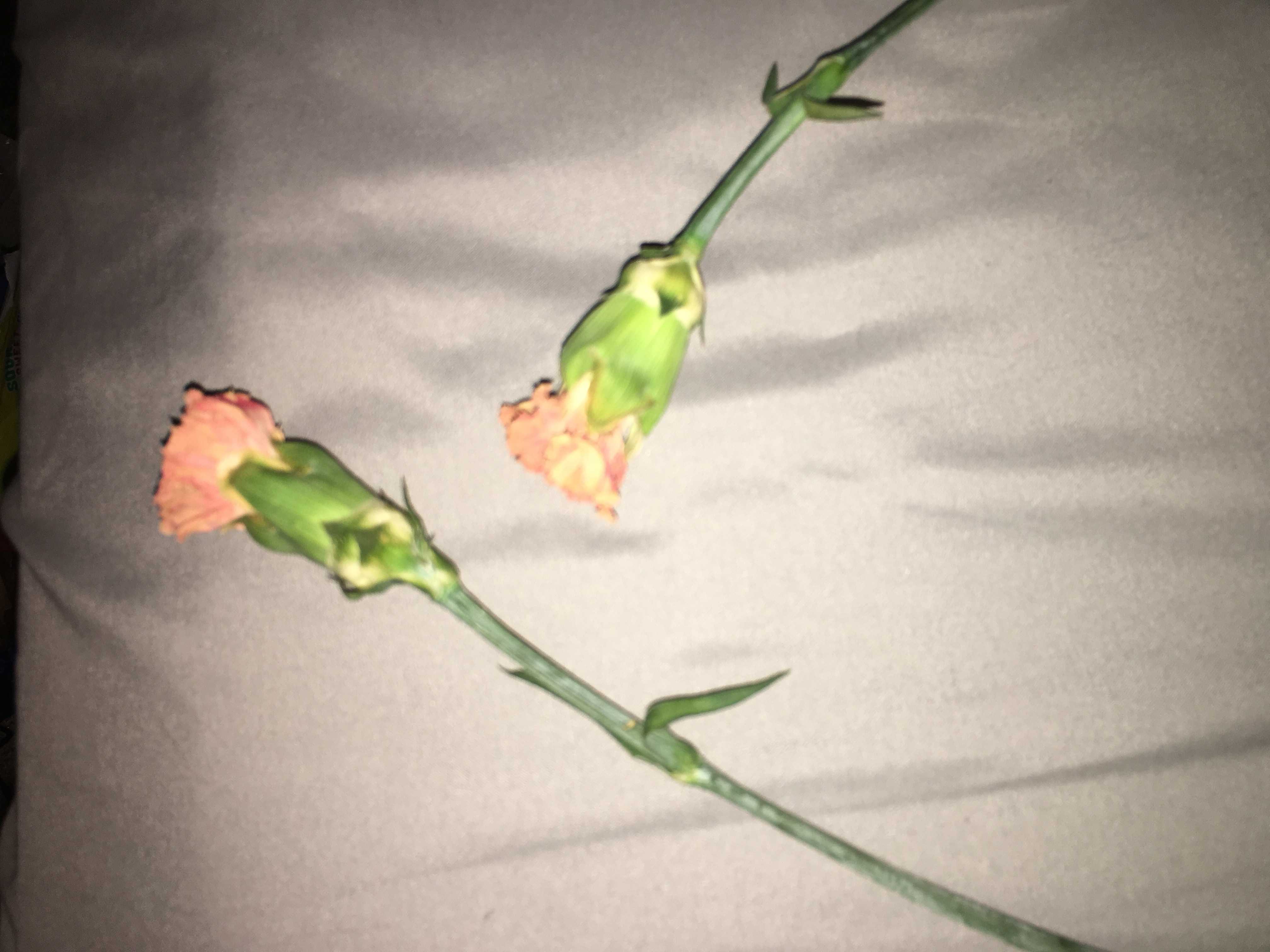 When she was just a sophomore in high school, senior Roz Eggener experienced her first love. The moment she knew she was in love came after a long, muddy hike at dusk. Her boyfriend, a senior, had the windows of his car rolled down, and he sang every word to “What’s My Name” buy Blink 182 with passion.

Eggener could see the stars and streetlights, but she also saw that she was in love with the boy next to her. Unfortunately, their relationship had an expiration date. When the 2016 senior class exited the doors of RBHS and entered the adult world, Eggener stayed behind. Before they got together, the couple had planned to break-up before graduation, as they decided the relationship would not work as he went to college. Despite her unhappiness with the decision, Eggener knew the separation would be the best for both of them.

“As the relationship progressed and my feelings got stronger, I was more upset about it. I thought about it all the time, how soon I was going to lose him,” Eggener said. “But by the time graduation came around, we had both grown and changed and developed, and it was a lot more mutual of a breakup than I expected it to be.”

While graduation acted as the scissors that cut the ties between Eggener and her then-boyfriend, their decision was not an uneducated one. Thirty-three percent of college relationships are long-distance with 40 percent of those ending in a break-up, according to a survey by Statistic Brain. Nonetheless, the age gap between Eggener and her ex seemed to follow a pattern tracked by Slate, a news site. The study found that 40 percent of high school relationships are between two students of different grades, with the male being the older out of the couple. Only 18 percent of high school relationships involved an older girl dating a younger guy.

Eggener followed this pattern, dating someone two years her senior. Regardless of the age gap and the expiration date, the relationship’s demise occurred slowly, without Eggener even realizing it. In the beginning, Eggener felt an encompassing love filled with the desire to meet his friends, family and be around him all the time. When she looked at him, the rest of the world seemed to blur, Eggener said. His hands were all she wanted to hold, and his voice was all she wanted to hear. What was once a sweet melody that made her realize her love eventually turned into her acute awareness of his flaws.

“When [our love] started to fade, it wasn’t easy to notice. But I felt ready to leave earlier when we were spending time together, and I felt more inclined to go out with others, without him. Things didn’t feel as easy as they had before. Talking; not necessarily harder, but less enjoyable, a little less fun, a little more tense. A little bit like business,” Eggener said. “I remember the first time as we were nearing the end [of the relationship.] When he was singing in the car, and his voice got on my nerves a little bit. The good didn’t overshadow the flaws anymore. It was by no means all bad, but it didn’t feel so ideal anymore. I didn’t want to look past his flaws any longer.”

The average length of infatuation is anywhere from three to 18 months, though a study by Psychology Today gathered that long-distance relationships might extend the time frame because of the unwillingness to make a decision about the future. On one hand, the relationship ends while on the other, it progresses into a more serious, long-term affair. Eggener never attempted the long-distance phenomenon and after the infatuation stage ended, her relationship ended slowly. Sophomore Anna Bess’ first relationship, however, ended abruptly and with heartbreak. Her first relationship sparked her freshman year of high school with someone who was just a year older than her. Their break-up began as simply a temporary break, so her then-boyfriend could focus on his family. Bess waited for a month, waking up each day hoping that would be the day he would come back. One day, Bess had the unfortunate realization her wishes were not going to come true.

“I found out he was flirting with another girl, and before I could confront him about it he broke up with me over text. Just like that, almost 18 months of love was gone,” Bess said. “Everything he promised me and everything he said meant nothing now. I was destroyed, but my best friend helped pick me back up. Now my ex and I are friends, and we are on good terms.”

Despite the heartbreak, Bess knew she was still loved. She had her friends and family to help her through the break-up, and even in her worst moments, Bess said she’d always known that love was still around, and someone does love her whether that be romantic or not. RBHS outreach counselor Lesley Thalhuber attributes a comeback after a lost relationship to friends and family along with personal perseverance.

“There’s a lot of things to pour yourself into to not just be kind of miserably missing that person.The way you spend your time is going to be really, really important,” Thalhuber said. “Not looking through old text messages and conversations and old pictures, but truly moving forward and hopefully learning something from whatever went wrong and doing some good self-assessment and some good self-love afterwards so you can make better decisions the next time.”

While Thalhuber believes the cons outweigh the pros for most high school relationships because of practicality, she still believes that the four years are a time for experimenting with relationships and love to practice for the future. Though her experience is limited because she often only gets to talk to students with relationship problems,Thalhuber also knows that high school is a good time to realize what a healthy and unhealthy relationship is. While Eggener doesn’t believe her break-up helped her grow, the progression and decay of the relationship fundamentally changed her as a person. She said she learned from her first love and has found stronger love since. Her first love, however, was still attached to another girl as he and Eggener dated. His attachment, though an underlying problem at the time, impacted less of Eggener’s future relationships but more of herself internally.

“One afternoon, he said something dumb, and I was really upset about it, and while we were discussing it and trying to work through the issue, he called me by the other girl’s name.

That was about mid-way through our relationship, but that was quite a heartbreak,” Eggener said. “It felt like a stab in the chest. It was like my biggest fear in our relationship had come true, like I was nothing more than a replacement for this other girl. Since then I’ve always been afraid of being a replacement like that. In relationships since, I’ve had to be reassured so much that I’m not just a stand in for their ex.”

By learning and growing from past relationships, Eggener could take her experiences and put them to use by improving herself. By doing this, Eggener followed Thalhuber’s advice of not taking heartbreak personally.

“There [are] truly a lot of fish in the sea, and this is truly practice time for finding a healthy and good relationship for you. It’s normal that the first ones don’t [always] work out,” Thalhuber said. “We learn what we can from that and then take what we learned and move forward for next and better [relationships] and a better person that’s going to fit our needs, our interests, our personalities; you just learn a lot from that stuff.”

After her break-up, Bess had more time to reflect internally about herself, her values and her steps forward. The separation helped her relieve stress and not worry about what her ex thought of her anymore. In a way, Bess felt free, now that she no longer had to constantly impress him and make sure that he still loved her. Though Bess’ relationship lasted just over a year, the effects of a break-up on the brain remain widespread. The effects of a break-up are similar to those of physical pain in that the brain signals that both are priorities and need attention, according to a study by Psychology Today.

“Break-ups are super hard and with anxiety and depression being so high with our teenagers right now anyway, when compared to other historical points,” Thalhuber said. “This is just another thing kind of feeding that fire when there’s anxiety during a relationship or depression after a breakup. It just adds a whole lot of stress that I don’t think is helpful.”

“I do believe in love, strongly. I always have. I feel it all the time. It’s always around,” Eggener said. “When I’m spending time with friends and they do something that reminds me of all our memories together, or when my cat puts his paw in my hand or when I hear a certain chord progression that just makes me swoon. Love feels warm and carefree and safe. It’s not always easy to feel it, but once you do it’s the best feeling you’ll get.”

Theatrical Showcase takes audiences on a Ride through Time