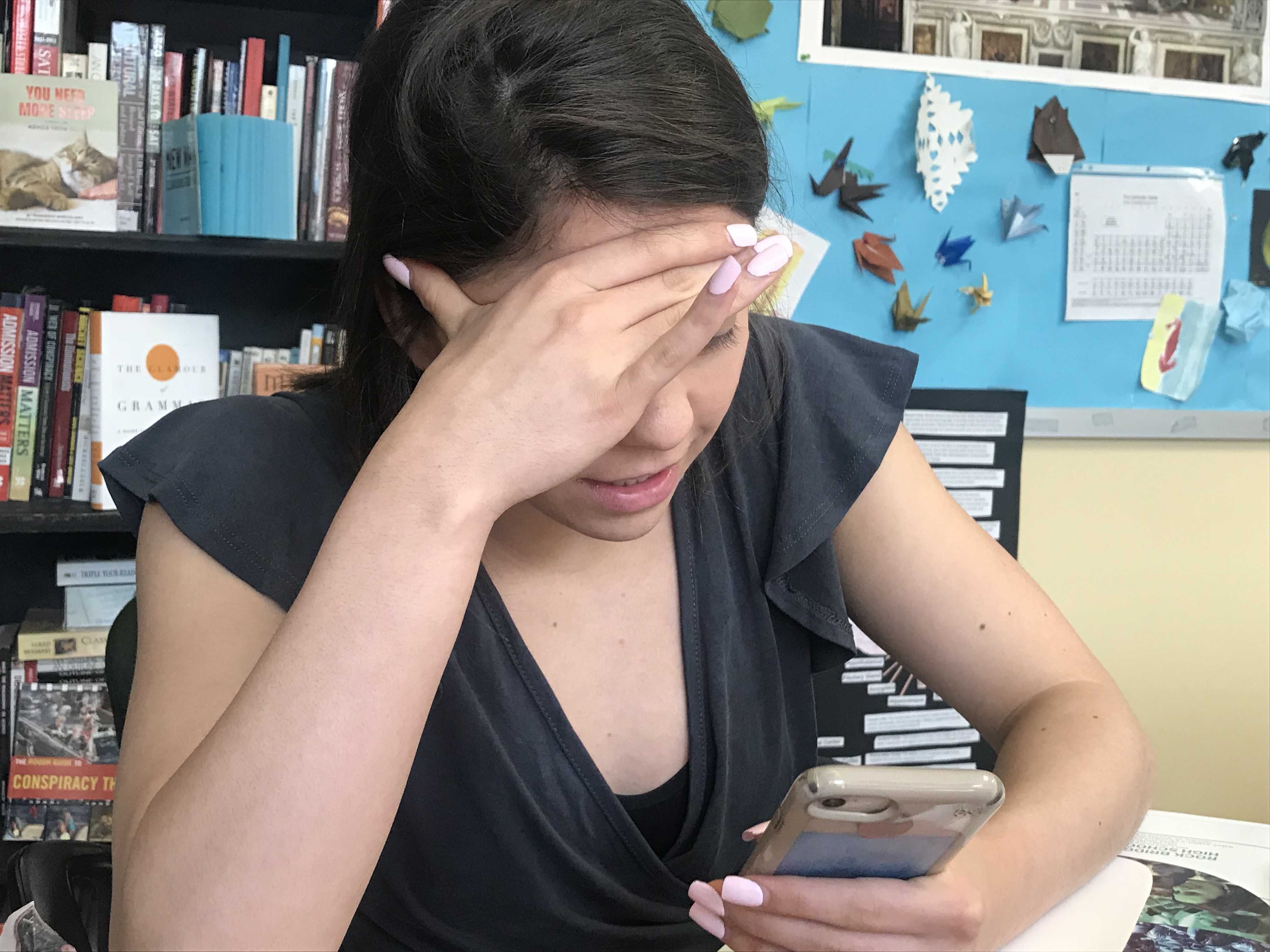 Around mid-February, I got into a fight with one of my closest friends. It all happened over Snapchat, after a disappointment-fueled spiral on a bus full of debate kids, illuminated only by red emergency lights. The conversation ended with me feeling frustrated and hurt, leaving my friend on open and going straight to bed.

The next day, I woke feeling worse than I ever have after a fight, the crimson lights of the night before staining my morning mood. I went into my notes to carefully craft a page-long statement explaining my feelings and apologizing for escalating the situation. As I hit the send button, though, I didn’t feel any better. Trying to resolve the disagreement through technology just didn’t seem as genuine or personal as doing it in person would.

When I finally got to school, we were able to talk about the quarrel and work it out, but far too many important conversations like this take place over social media platforms. According to Pew Research Center, “26% of all teens have had a conflict with a friend over something that happened online or over text messages” a phenomenon that I’ve personally seen in my relationships.

I can count on one finger the number of times my friends have broken up with their partners in person and can’t count the number of times friendships have ended in the DMs. I’m not trying to be all high and mighty; I am far too often guilty of leaving people on read because of a stupid spat or ignoring them altogether. Ignoring a friend over phone is much less stressful than the alternative and allows more reaction time to make sure you say the right thing.

None of this, however, makes technology conducive to quality personal communication. Focusing on whether or not my friends’ SnapScore has changed since I sent them an apology is not a way to actually heal the issues in that relationship. One of my friends trying to make up with the person she’s dating by texting lets her phone act as a barrier between the two of them stripping the conversation of its human qualities and making it harder to remember why they liked each other in the first place.

Phones and technology have dramatically changed the way we communicate by allowing conversations to take place across vast distances. “Fully 57% of teens ages 13 to 17 have made a new friend online, with 29% of teens indicating that they have made more than five new friends in online venues. Most of these friendships stay in the digital space; only 20% of all teens have met an online friend in person,” according to that same Pew Research Center study.

While online communication is often for the good, as communicating across distances and for the visually impaired has become significantly easier, and often ostracized social groups have been able to connect, it has an irrefutably poor impact on the way we, as high school students, resolve conflict because disagreements are far more likely to escalate if you’re not talking face to face.

So what can you do? Immediately driving over to your friend’s house to resolve any small disagreement is unnecessary and frankly a waste of gas. However, for the really big moments, as hard as it is, talk to your friends face to face and allow the tension to dissipate in person, rather than letting the petty jabs of read receipts dictate your friendships. If I had waited to respond until I could talk to my friend IRL, I could’ve saved both of us a lot of heartache and let the red haze of the debate bus stay where it belonged.

Students give a fork about profanity