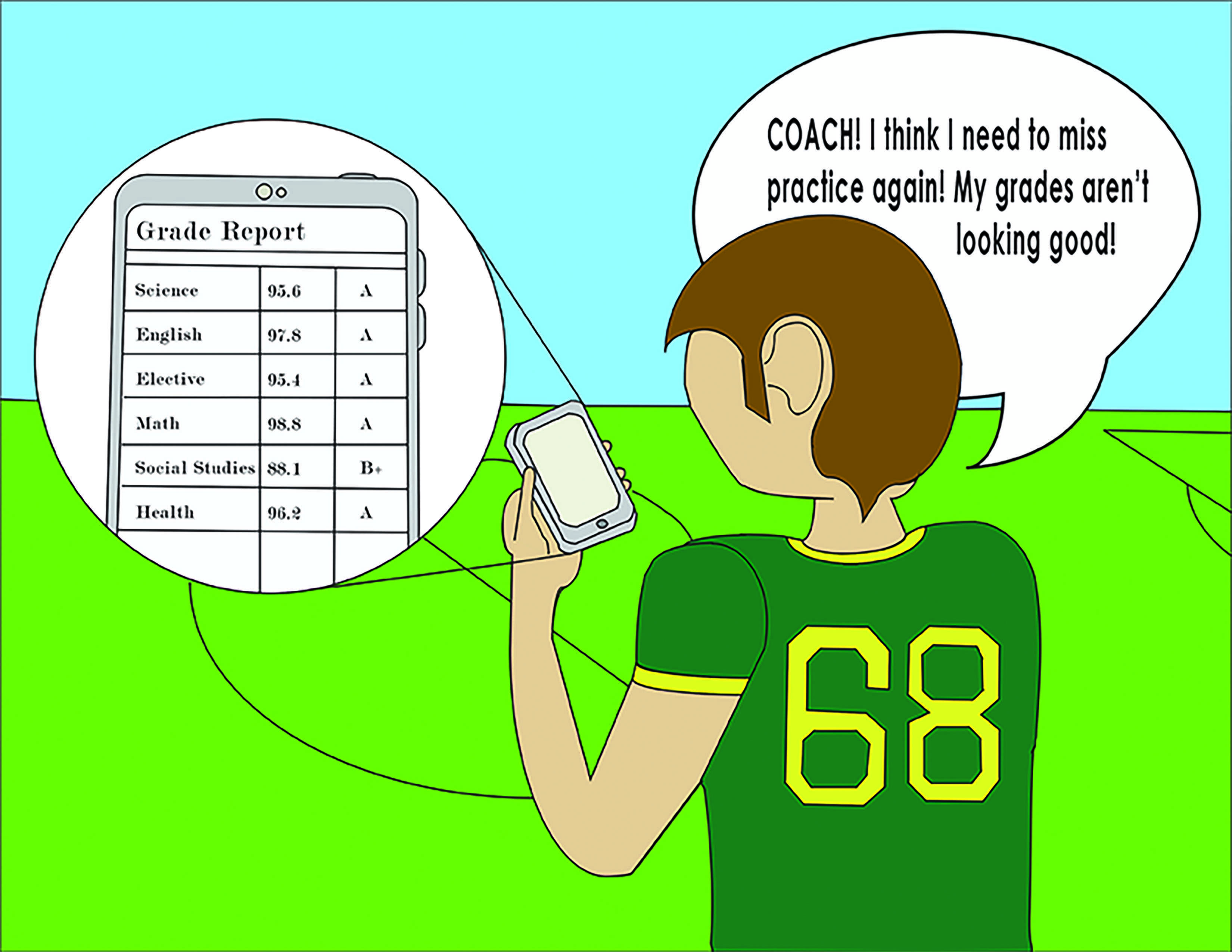 [dropcap style=”light” size=”5″]T[/dropcap]he A’s for resumes epidemic has not only begun to absorb adolescent life, but has also become an increasingly praised idea in modern society. From as early as elementary school, teachers guide us to do our best on every assignment and test.

The moment teenagers enter high school, however, teachers educate students that it is important to make relations with their academic advisor and to enroll and engage in the right courses and activities. It has become normal for students to study from dusk until dawn to get the best grade possible.

Director of Yale Pediatric Sleep Center, Dr. Craig Canapari, found in his studies that students experience issues with increased homework. In many academically focused high schools across the nation, a simple A is not enough for these students; rather, it must be within the top 3-5 percent.

USA Today reported that the eight Ivy Leagues combined had a total of 281,060 applicants for the class of 2021. The average Grade Point Average (GPA) of high schoolers before entering one of the ivy leagues was a 4.05 (weighted), and some students had as high as a 4.19 GPA when entering Yale. Similarly, lists of extracurricular activities and other ways to increase students’ chances of admission are widely published on the internet. One list Prep Scholar made said that organization includes a list and six steps to follow to be successful in them.

What is supposed to be the pursuit for a higher level of education has become a competition, creating cutthroat children willing to do anything to be at the top of their class.

The Josephson Institute Center for Youth Ethics surveyed 43,000 high school students in public and private high schools and found that 59 percent of students admitted to cheating on a test during the 2016-17 school year.

Additionally, the Institute found that one third of students confessed that they used the internet to plagiarize an assignment.

The amount of cheating in both public and private high schools has skyrocketed in recent years. Researcher Don McCabe found that 95 percent of students admit to cheating at one point or another, whether it be on an assignment, homework or a test.

One of the main reasons for the cheating and stress American teenagers endure is the cutthroat environment of their class. The sole purpose of high school is no longer to gain as much knowledge as possible, but to load as many Advanced Placement (AP) classes on a student’s schedule while getting impeccable grades.

Students do not wish to truly understand the concepts of the classes they are taking, they just want a perfect GPA on their transcript. In the mind of a student, cheating to get a better grade at the time is far more valuable than getting a zero for incompletion or a failing test grade.

Additionally, when high schoolers view homework assignments as busy work without much reward, the assignments become the lowest of their priorities.

Considering the rigorous academic load students commonly take, cheating is not completely irrational or irresponsible. In consequence, the assignment is unlikely to be completed, creating an almost irresistible temptation to receive answers from a peer.
Students are not the only ones to blame in this epidemic. Influential adults in high schoolers’ lives are just as responsible for the shift in educational expectations.

[quote]More commonly, students have begun feeling immense pressure to succeed at the highest level from their own parents.[/quote]

In as study done by New York University, chronic stress was attributed in part to parental pressure. They found that when schools began adding more difficult classes, parents responded. The article states, “Parents, in turn, may demand their child take advanced placement courses, even in cases when they are told their child may not be a good fit for the course.” An article written by the Neo Politico said some teachers still believe in the original meaning of education, teaching detached from the weight society places on high grade point averages.

With the increased praise on high achieving students who attend Ivy League universities, students must put their best interest in mind.

It is time high schoolers stop focusing solely on perfect grades in the hardest classes, along with a slew of activities they could not care less about, all to go on a transcript.

As Eleanor Roosevelt once said, “The purpose of life is to live it, to taste experience to the utmost, to reach out eagerly without fear for newer and richer experience.” Which is advice many teenagers need to heed, knowing that the quality of life will not be measured by a high school GPA, but what they choose to do with the knowledge they acquire and how they utilize it to help those around them.

My two cents on the penny

Samantha Mackley is a sophomore at Rock Bridge High School. At school, she is an FCA leader, plays on the basketball team, and attends school events. In her free time, she enjoys traveling, playing with her dog, hanging out with friends and her family.