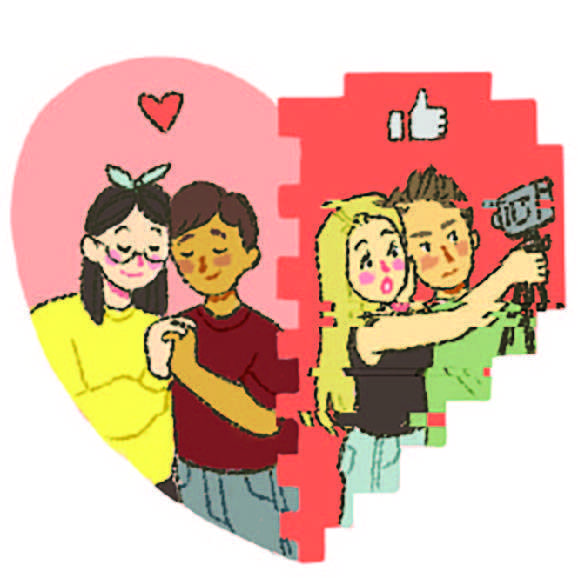 People find kids today different from those of the ‘90s and early 2000s. Weird Internet challenges such as eating Tide Pods, lighting themselves on fire or popping Xanax, as well as the strange famous people who do these things tie into what makes today’s generation of kids so strange.

The list goes on of what kids think is “cool.” Of course, with the increase of technology and social media, you can’t really blame kids for how they act.

According to Fortune.com social media took a big turn in 2017 when Twitter announced it was shutting down the infamous app, Vine. Vine led many to fame, most of those “Viners” like Jay Versace, Mightyduck, Toni Romiti that were famous switched over to Instagram, Snapchat and Twitter. On social media, people can gain a large following from entertaining users. There are many ways for people to get famous now with the help of those who will find almost anyone as being “cool,” “lit,” “the G.O.A.T.,” or anything equally ridiculous.
The oddest set of people becoming famous today are YouTube couples, creators who blog about their relationships. They vlog pranks, answer Q&A’s from fans, do boyfriend/girlfriend tags, go shopping or even record themselves doing something as ordinary as eating cereal. Some of these couples have viewerships ranging from one to almost 12 million views.

An example is De’arra and Ken, or DK4L, and Queen Naija and Chris Sails. There’s nothing wrong with the couples themselves; how they display their relationship to the world is their business, but such Youtube couples are a big piece of the social media world that distracts people from more important things. For example, Queen Naija and Chris Sails had more than 100k subscribers. They were married and had a child. Just last year people found out that Chris cheated on Queen and the internet about burst into flames.

Everybody started to hate and bash Chris while lifting up Queen.
Shortly after, Queen found a new man by the name of Clarence. A bit of a feud brewed between the two suitors. Couples break up every day, but this specific couple was surfacing on social media for months.
Our generation has a tendency of making lots of people famous for no reason at all. People like P Diddy, Will Smith and Nicki Minaj never would have gotten famous for making six-second videos or doing dangerous “challenge videos;” they actually had to work hard to create their reputation. Now celebrities such as DK4L simply go on tour to meet and greet, posing with fans for photos along the way.
With fame should come responsibility, including an obligation to leave a positive impact on others. LeBron James just opened a school where kids receive free food and free college tuition. But how would an individual even know of his work? Viewers are too busy crying over a YouTube couple’s break up.

Instead, people must shift priorities. Of course it can’t happen overnight, but baby steps can lead to a change over time. Kids are more worried about someone else’s life while living their own from behind a phone or computer screen. Instead of watching YouTube couples for hours, try taking 30 minutes to increase knowledge on actual problems in the world or even spend some quality time building stronger relationships with others.

People are shining too much light on less important situations instead of on bigger problems like little kids being separated from their families because they’re being deported or the fact that Flint, Michigan still has no clean water.

Some people are even losing their own personality watching these couples and famous people and are basing their life or relationships off of them. Some of these couples might not even be real. Viewers don’t know what’s actually going on behind closed doors. There are people who post what they want us to see, and some fall for their fairy tale life thinking they should be living like them simply because they’re famous and look happy. People need to realize not everything that glitters is gold.

What do you think about Youtube couples? Let us know in the comments below.