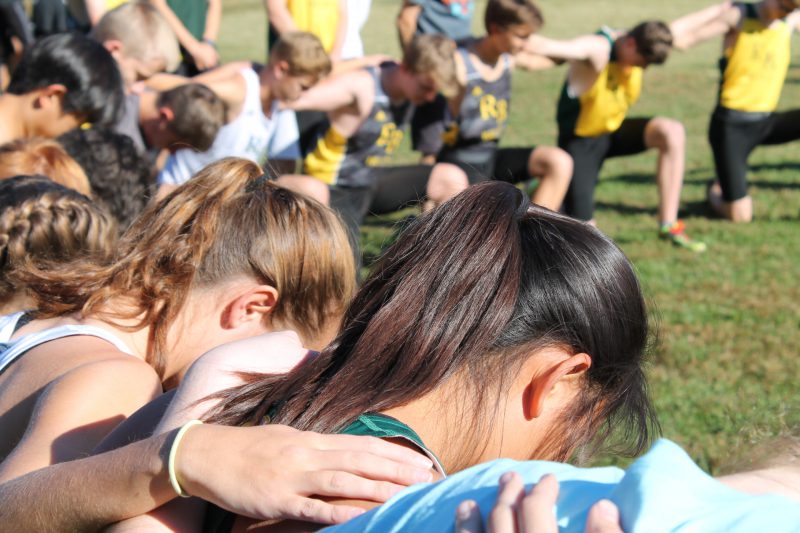 On Oct 12, the RBHS cross country team traveled to McNair Park in Saint Charles, Missouri to compete in the Border Wars race. This was the last meet of the regular season before districts, where the boys and girls teams will compete for a spot at the sectional and state meet. Many varsity members did not run at Border Wars in order to focus on districts.

“The weather definitely impacted the course, but it was nothing our team couldn’t handle,” senior Jacob Sykuta said. “I think the guys did a good job of pack running, with the top seven guys only having an 18 second difference.”

Sykuta placed seventh for the boys and was the first RBHS student to finish.

Despite the weather, junior Katelyn Weatherford kept a positive attitude about the meet.

“I liked [this meet], unlike last year,” Weatherford said. “I think it’s because I thought I could do more at this meet and I knew the terrain, so the course was easy to navigate.”

The Border Wars course at McNair Park is especially important since the same course will be used at districts on Oct 20. Assistant coach Aaron Nichols is extremely hopeful for the upcoming district meet, where each of the district’s top seven will compete for a spot at sectionals.

“The team has improved tremendously [throughout the season],” Nichols said. “The girls team has found a new identity because of their leadership and are about to make some serious noise. The boys have run some very inspiring workouts and appear to be ready to carry on the legacy of RBXC.”

The Border Wars meet is one of the last times the JV teams could try to achieve their personal bests this season. Even against the weather, multiple members of both teams delivered personal bests.

“Despite the weather conditions, many people ran either personal bests or season bests,” Sykuta said. “The rain caused a few muddy sections of the course, and since it was a loop course it got worse as the race went on. Even with that mud, however, we pushed through as a team and got work done.”

Are you a member of the cross country team? Let us know in the comments below.