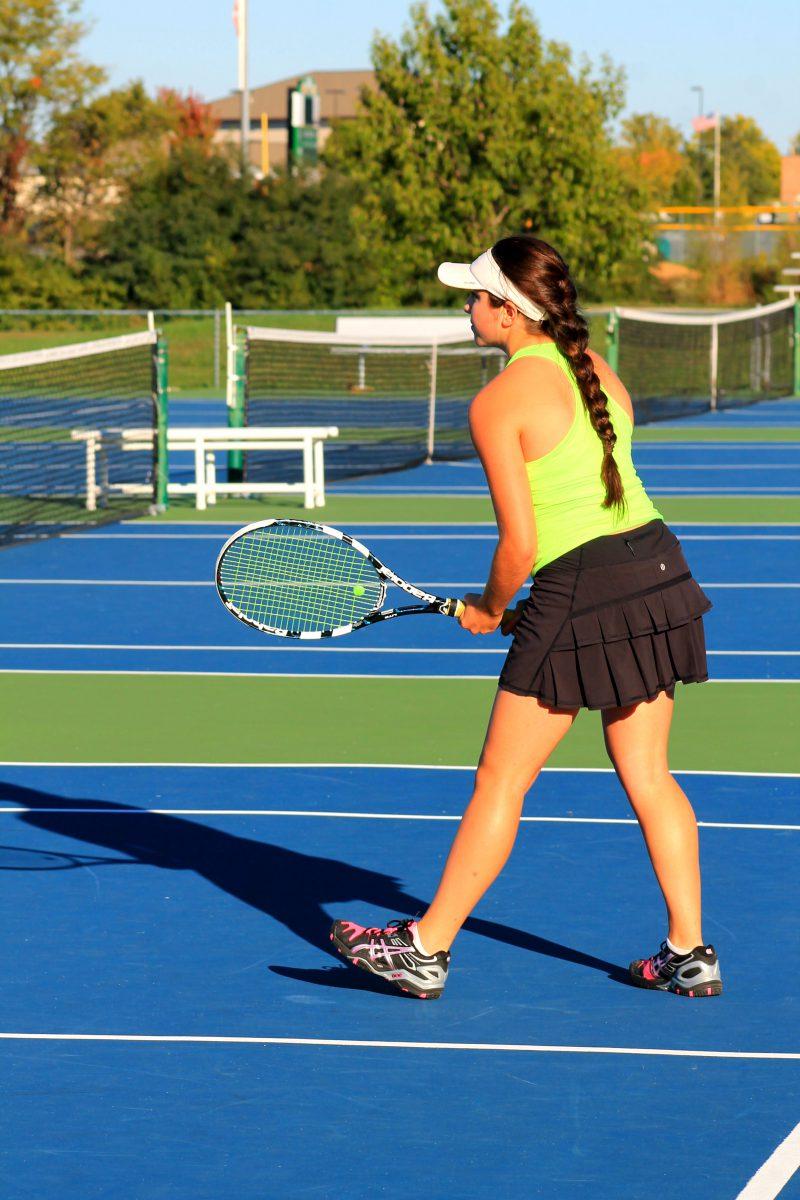 Victory is nothing new for the Bruins’ tennis team. On Oct. 3, the girls won their 20th consecutive team district championship. On Oct. 8, the Bruins kept with the long standing success at the individual district tournament, and look to continue on Oct. 13 in the sectional tournament.

The individual doubles match, however, was slightly different only because Fay and Hose were playing their own teammates, freshmen Maggie Lin and Anjali Ramesh.  Though Fay enjoys both singles and doubles, her preference lies with doubles. Having another person out on the court, and having a supportive teammate the whole match, she said, is what Fay most appreciates.

“It’s great since we all made the finals, but playing your own team is a little harder since we’re all friends and we want each other to win,” Fay said. “We’re used to it though, and it’s always great competition.”

Lin, a first-time competitor in a high school district tournament, said she thought of districts as just another meet. Under pressure, Lin said she keeps herself calm by focusing on what she can control, such as the shots she is hitting or a simple strategy.

“I didn’t really think about how it was different from all of our other matches until after I played,” Lin said. “ It kind of turned out just like a dual meet, but it also had a different feel because it was the first step to something we’ve been working towards the whole season.

Senior Abby Still, who finished third in the individual singles tournament, has been playing tennis for a year and a half.  Still said the sport is different than anything else she has been a part of.

“The mental battle in tennis is often just as significant as the physical battle, so it’s important to maintain a positive energy and competitive spirit throughout the match,” Still said. “If I’m having a hard time starting the point, or I’m making a lot of unforced errors, I usually say to myself ‘just get the ball in play.’”

For the district match in particular, Still attributes practicing variety within her game in recent practices to helping her on the court.  In addition, head coach Ben Loeb has made sure all his athletes are prepared both physically and mentally, with go-to phrases or images that help settle the team down.

“I was able to use the low slice to get my opponent to give me the ball I liked and then capitalize on it,” Still said. “I’ve also been focusing on hitting the ball with conviction, while still playing within myself, which has helped me to trust myself during key points.”

Having won the past four state titles, Fay said there is certainly pressure for the Bruins, but it’s a great challenge and the team is ready to step up to meet it she said.

“We always to make sure and check in and cheer each other on in even the toughest situations so that we have a good support system,” Fay said. “We practice hard and simulate pressure situations too, so that always helps whenever we get to the real deal.”

Are you a member of the tennis team? Let us know in the comments below.

A compromise on Columbus Day