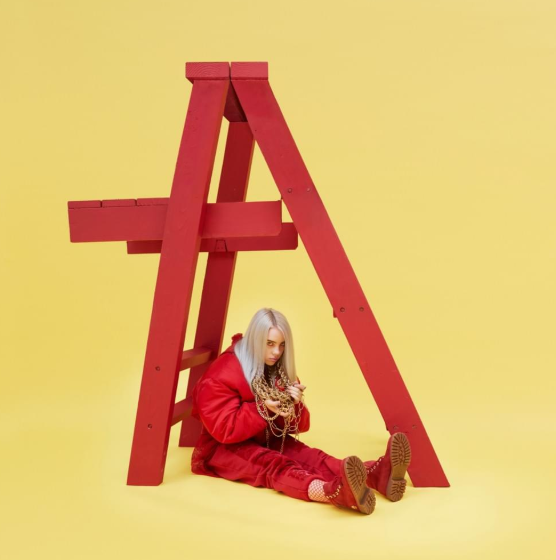 Album cover for Don't Smile at Me

My favorite music isn’t made up of albums or artists. It’s a combination of individual songs that evoke strong feelings of happiness, anger, sadness, or any other driving emotion. The music from my sampler empowers, moves or shapes me in its own unique way. I hope that I can share even one song that will connect to you just as it has to me.

“This Is Me” – Keala Settle (The Greatest Showman)

Keala Settle doesn’t just tell you that you’re acknowledged in society. She forces you to look down at yourself, highlight your flaws, and accept each and every one of them with love and admiration. I most definitely don’t always appreciate the way I am. It’s too easy to check off all the positive characteristics of others and compare them to yourself. Yet whenever I hear this song, an overwhelming feeling of happiness comes over me and I know that I would never want to be anyone else. My favorite version of this song is a video of the cast running through a workshop while attempting to get a greenlight for the movie. The raw emotion of the cast is felt in every word and I am instantly moved by their voices. The Greatest Showman was not simply a movie to them. They wanted to let the whole world know that they could be who they were with no remorse or regret.

Billie Eilish’s lyrics in this song resonate with me because they speak out against the exact insecurities and thoughts that I struggle with on the daily. Body image and self-doubt plague the minds of many young adults simply because of the environment in which we grew up. Eilish sheds these demons and says she doesn’t want to be that person anymore. Listening to this song and singing along with it lets me vocalize my hatred for those negative parts of me.

Honestly, I just love Harry Styles’s entire first solo album. I chose Kiwi because of the excitement it has in every chord. Each strike of the drum makes me want pound my fist on the roof of my car while screaming the lyrics at the top of my lungs. I’d say “Kiwi” blows past my expectations for feeling and most definitely deserves its spot in my sampler.

“In The Middle” – Dodie Clark

I absolutely adore every song Dodie sings. The combination of her voice and lyrics always carry so much emotion and each song holds a message for both herself and anyone who listens to them. Every song besides this one that is. I chose In the Middle for two reasons. On a very superficial level, the upbeat sound never ceases to drive its way into my bones and make me dance. It’s the only song of Dodie’s that I am able to belt while in the car without butchering it with notes octaves lower than they should be. More personally, Dodie ends the music video with a poem that I believe everyone should hear.

Every time I hear this song I picture myself slowly driving in the pouring rain, looking over at the passenger seat of my car and seeing my girlfriend dancing to and singing this song. Imagining that fills me with content and I absolutely adore “Crush” because of it.

I waited for the release of Moana for two years, From the time I found out that Disney was introducing a Polynesian princess until the day I sat down and watched it opening weekend… four times. (Granted I was working at a movie theater at the time, and they were all free). This movie, and especially this soundtrack, will stick with me forever. If I ever have kids, forget Cinderella and Lion King, Moana will be the first animation they lay eyes on. Not only does it contain my idols Dwayne “The Rock” Johnson and Lin-Manuel Miranda, it showcases underrepresented Polynesian culture which I have always been interested in.

“The Village” popped up on my Spotify daily mix and I remember stopping at a stoplight looking down at my radio and just thinking, “Wow.” This piece tells the story of young teen feeling wrong in his own skin while facing the adversity of gender roles and discrimination. In such a difficult time to be a part of the LGBTQ+ community in America, I could only imagine the emotion this song would evoke from a member if it already moved me in such a monumental way. If you haven’t heard this song and you’re a supporter of individuality and being who you are inside, stop what you’re doing, turn up the volume, and give it a proper listen. It is worth it; I swear.

There is a very specific, vivid moment tied to this song. My brother and sister laughing away in the front seats. Los Angeles neighborhoods rolling past the windows. Their towering roofs peeking through their own private orchards. A warm wind blowing through the windows. The Suffers’ words reflecting what’s going through my head. This song is to me as warm apple pie is to Thanksgiving. Not including it would be a cardinal sin. I highly suggest blasting this on your way to school or work. If you weren’t happy when you left your house, you will be by the time you arrive at your destination.

“From Now On” – Hugh Jackman (The Greatest Showman)

Wealth, authority and property make up the traditional values that signify success in today’s society, but I’ve always harbored an adverse reaction to those goals. I oriented my life towards crafting meaningful relationships and making happiness my first priority. This song is an ode to that mindset. It is at this point in the movie that P.T. Barnum, played by Hugh Jackman, is coming to terms with the events that just altered his life: the loss of his traveling show, breaking it off with his wife, and acquiring massive debt. All this is weighing heavily upon him when the members of his troupe enter into scene. Their kind words and encouragement stir up emotion within Barnum and become the catalyst for this song. Hugh Jackman and the rest of the cast sing of turning away from conventional goals and instead supporting and enjoying each other’s exuberance.

“The World Will Know” – Jeremy Jordan (The Newsies)

Newsies was the first musical I saw with the original Broadway cast (solely due to the fact that there is a recording on Netflix). I’d listened to numerous Broadway soundtracks and seen scenes broadcasts on talks shows and news channels, but watching a whole musical through is a completely different experience. You get the same raw passion behind the music, but you understand and mirror the determination because you know how they were wronged and what each conflict means to every character. There are many other broadway tunes that top my favorites, but I wanted to just include this one to be the champion of all my broadway interests.

Kai Ford is a senior videographer and editor of the Southside Media Multimedia Team. Other than Journalism, he is an avid member of Young Democrats and the eSports club. He is also the vice president of Student Council.