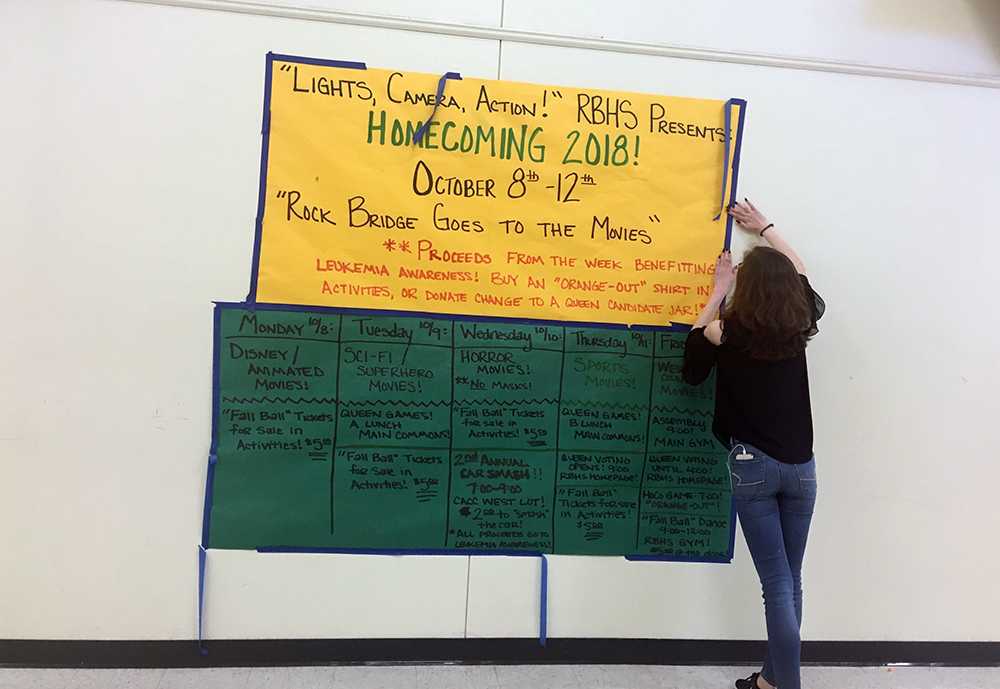 Instead of a Saturday evening homecoming dance like previous years, this year the event will take place Friday, Oct. 12, after a football game against Helias High School. The theme for homecoming week will be “RBHS goes to the movies.” This includes days to dress up for movie themes, such as sci-fi to western. Student Council encourages individuals to take part in school spirit by dressing up, according to their twitter.

“I think it would be a little bit better if [homecoming] was on Saturday because you would get to dress up and actually get to have the traditional homecoming experience,” junior Mikayla Morgensen said. “But, on the other hand, I think it will be kinda cool to have it on Friday night because if we win the game, the dance will be a really happy and positive environment with everyone celebrating.”

Student Council President Drew Morris said the council considered Friday to change things up, since for six years the dance has been on a Saturday. He also understands why some students would want Saturday because it allows students more time to get ready and dress up formally.

“A Friday night dance returns to original Rock Bridge tradition,” Morris said. “People used to go to the games then go celebrate at the dances directly after. It’s a casual dance which would mean more students would be willing to come.”

Senior student council member Bennett Lawson said the Friday date appealed to the majority of Student Council members because they wanted to set this homecoming apart from others.

“This dance is different because we are emphasizing that each student can wear whatever they want, that’s appropriate at a school function,” Lawson said. “So if they want to wear a T-shirt and jeans, Bru Crew attire or formal wear like previous homecomings, they can do so.”

Student council put out a poll Aug. 29. Morris said the goal of the poll was to take account of student feedback before the council made a decision.

“We spend numerous hours discussing the dance and ultimately end up knowing the most about dance procedures each year,” Morris said. “We’re taking every possibility, outcome, and positive into account when making this decision, and encourage students to submit feedback on this decision.”

What will you wear to homecoming? Tell us in the comments below!