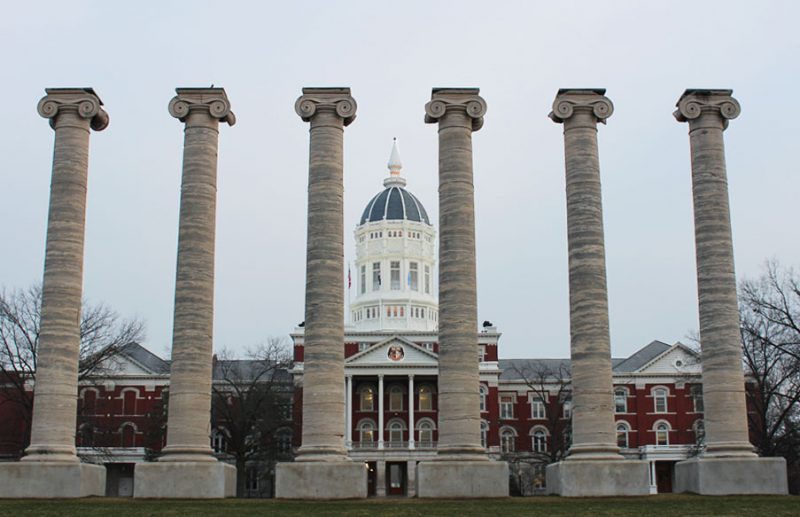 Aug. 19, 2015: That was the first day I entered the doors of RBHS as an optimistic, motivated ninth grader. Being a freshman, upperclassmen dismissed me whenever I told them my post-high school plans; but at the time I didn’t care what they said.

Freshman year came and went, without incident. But then, sophomore year rolled around. That year I had begun to reflect on my post-secondary plans, much more seriously. I had pondered them before, but not really with any sort of realistic understanding of what my ideal collegiate environment would be. Before that point, I had no real concept of tuition, room and board, social life, my eventual student loan debt or any other of the deciding factors that would help me choose which college I wanted to go to.

Before sophomore year, I always had a particular dream school. No matter what schools came into my line of sight, New York University (NYU) always remained in the back of my mind. I pictured myself studying for exams in Washington Square Park while drinking some sort of hipster coffee in the middle of Greenwich Village.

As time went on, I began to examine what I actually wanted in a school and that was somewhat of a harsh wake-up call, but one which was necessary in my understanding of the world and education. Universities are businesses and high-level colleges market themselves via using their name, as opposed to their academic content.

As with all businesses, they need to make money in order to continue operation and stay active in the economy and universities via extreme tuition hikes accomplish this. The tuition at NYU, according to their financial aid office, is  $51,828 for both on-campus and commuter students. That’s a lot of money. It’s so much in fact that at the end of all four years, you could spend almost all of that on this three bedroom house in Columbia with a value of $206.000.

Schools such as NYU began as academic institutions which dedicated themselves to educating the masses, but because of its location, notable alumni and some of its academic programs, NYU has become a school which relies exclusively on marketing itself as a brand. The endowment for NYU is quite small, $4.1 billion, and while this might sound massive, the amount of money spent per student via that endowment is smaller in comparison to most schools, according to NYU’s Student-Run Blog NYU Local.

Staff writer and NYU student Kyla Bills investigated how and why NYU retains it high price tag. The reasoning behind it is that NYU keeps building properties in Manhattan, and this causes it to be the richest landowner in New York City. They need a way to fund these projects, and students are a way to get that funding. Not to mention because the university itself in a desirable location for many young students, the school’s board of trustees feels they can justify the high prices because of that.

While applying to NYU doesn’t make one a sucker for money, Bills does have a bit of a point; universities today rely on branding, and how they market themselves dictates how many students apply and in turn how much money they make.

Corporations, including universities, use it [exclusivity] in order to make themselves appear more ‘high class’ or of ‘high quality.’ What this all boils down to, however, is having a status symbol that we can show off, and having a degree from an Ivy League college or expensive school is a way to do so.

In terms of Ivy Leagues compared to NYU, their acceptance rates are collectively lower. on average only 10 percent of applicants actually get in, but they allow students whose families make less than $60,000 to attend for free. While Ivy League schools seem to focus on education rather than making money, they still appeal and market to students the same way NYU does: with their name. This creates a fixation and in some cases an unhealthy obsession with Ivy League schools.

Students in the college application process will often apply to Ivy League colleges either because of their own motives or because their parents push them into it. While these schools certainly have their fair share of interested yet selective students, there is still a large number of students who apply to these schools just because, “It’s Harvard.”

Washington Post writer Valerie Strauss in March of 2016, went in depth with the current college application process with school counselor Brennan Barnard. Barnard has witnessed this obsession first hand; students applying to these schools despite them not visiting them or knowing about their specialties or social environments.

Barnard told Strauss that an anonymous female student came to him talking about the ideal schools that she was considering applying to. Most were smaller, more rural liberal arts colleges, but at one point she mentioned Harvard. She said her parents wanted her to apply, and she wanted to go cause “It’s Harvard.” Barnard told her, however, that Harvard wasn’t a good fit for her, as it was a larger school, and was just outside of Boston, meaning that it is by no means a rural college.

This desire to attend these schools is not exactly because these students want to pursue a higher education, it’s more about validation and admiration they’ll receive from their peers, their family and themselves. It’s all about status.

Cultural Capital as explained by Strauss, dictates which schools students apply to. The top-ranked colleges such as the Ivy Leagues are what garner the most attention from the media, so students become obsessed with these schools even if they wouldn’t be a good fit for them, simply because they want to be part of this group, which is supposedly seen as ‘smarter’ than the rest of the population.

What I am saying is not that students should give up on their dreams, or that their aspirations aren’t realistic, Strauss is trying to make students understand that there is more than one path to success.

As a personal testimony and an example of academic possibility, my father was born and raised in a poor area of Upstate New York. In his sophomore year of high school, he dropped out in order to take care of his mother full time, who was sick. A few years later, he attended a local community college, where he began to refine his interests and work harder in school, realizing that education for him was a way out. He then went to a slightly larger college nearby and began to pursue a career in neuroscience. He worked as hard as he could and was invited to attend Harvard for a short time, and be a possible candidate for a prestigious neuroscience program at the school.

After a while, he was told that his Graduate Records Exam, or GRE, the exam one takes to go to graduate school, score, wasn’t high enough to be accepted into the program. With that, he left Harvard and began to search for a different school that he could succeed at. He then found and applied to Cornell University in New York, where he was accepted and graduated with a Ph.D. in neuroscience.

Today, I sometimes rely on him for academic advice, and he always tells me the same thing: That there are different paths to having a successful and happy life, you could be at Harvard and be miserable, or you could be happy at a smaller school. The reality is we’re on this earth for a short time. There’s no point in wasting life being miserable just so one appears more successful.

Bottom line: what students should look for in college applications is not the college that markets themselves the best, nor the college that has a certain reputation. They need to be able to see through the clutter that is the business of education and come to their own conclusions about what school is best for their type of study and idea social environment. For some, that will be an Ivy League university, others it may be a community college. What isn’t important in the end isn’t necessarily where someone gets their education. It’s what they do with it.

How do your college aspirations now compare to ones you had in the past?