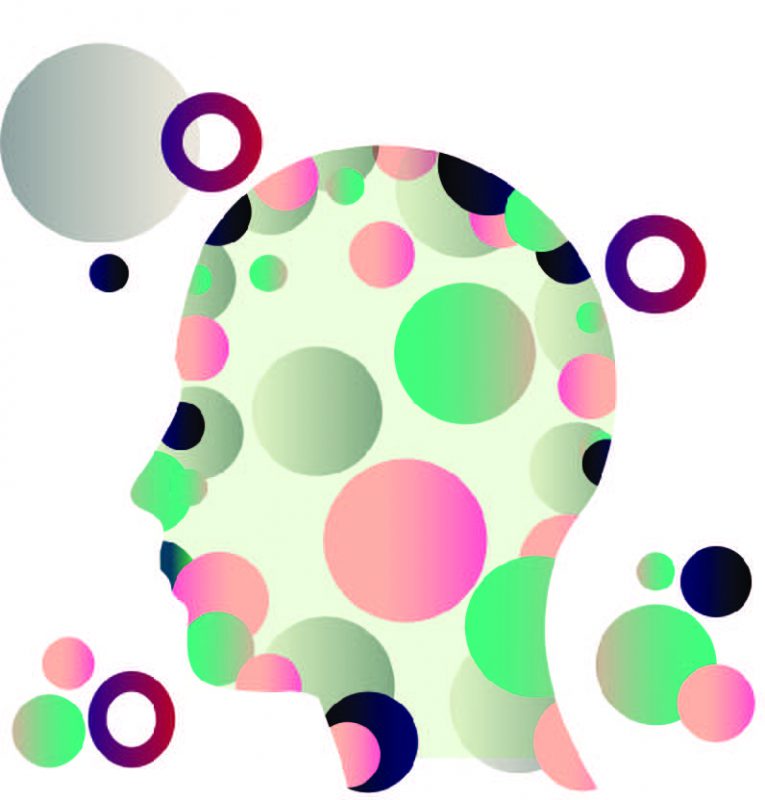 No matter how well adjusted someone is, the world can seem overwhelming at times. In the age of social media likes, retweets and streaks, it is easy for teens to compare themselves to one another, even if they do not realize they are doing it.

“Anxiety disorders affect 25.1 percent of children between 13 and 18 years old,” according to the Anxiety and Depression Association of America. Left untreated, these adolescents are more prone to poor school performance, substance abuse and absence from “important social experiences.”

While anxiety disorders affect more than a quarter of teens, they often feel both isolated and exposed with what they are going through.

In her professional experience owning her own private practice, Tiffany S. Borst, MA, LPC has encountered situations in which her clients rely on social media rather than in-person connections with other people because of their fears and social anxiety. Borst noticed people easily become “wrapped up in and anxious about missing a streak,” which causes even more anxiety than they were experiencing without social media.

“I believe absolutely that social media creates a situation where we compare ourselves a lot and often feel down in comparison, or not as good as someone else, and then that can create depression and anxiety,” Borst said. “I think often we think we’re connecting with people through social media, but it’s very surface, and so if we’re spending a lot of time on social media and not actually connecting with people in real life, that can create a lot of anxiety and feeling very alone.”

Gretchen Cleppe, a guidance counselor at RBHS, helps students dealing with anxiety, depression and high school in general. Through her work with students, Cleppe found they are sometimes unable to return to class because they feel frozen. She said they often come to her after they leave their classrooms during a break, to go to the nurse or for a number of other reasons. Following a dialogue with an individual student, Cleppe sometimes realizes he or she is dealing with an anxiety issue.

DID YOU KNOW…
Anxiety affects 40 million adults in the United States annually.
[Source: Anxiety and Depression Association of America]
The fight, flight or freeze response humans experience in stressful or survival situations is related to anxiety. Cleppe said some students become so anxious they are frozen and unable to accomplish even simple tasks such as cleaning their room, doing a homework assignment or making their bed. These three reactions help to protect humans from danger by causing them to fight back either verbally or physically, to leave an unsafe situation or to virtually shut down when overwhelmed, according to an article anxietybc.com.

As a baritone saxophone player in the Emerald Regiment, sophomore Hannah Carlson performs in front of hundreds of people during competitions throughout the band’s marching season. Since middle school, Carlson loved the thought of marching and playing across the field, even though she becomes extremely anxious before halftime shows and judged competitions.

“I have the feeling of wanting to throw up, but I don’t. It’s just because I’m so nervous,” Carlson said. “And I’m, like, always super shaky and stuff. And sometimes before the games, or like when we go on, I forget everything, so it’s very hard. But once I start playing the first few notes it gets easier.”

While Carlson may be able to perform in front of large crowds, that does not mean she is not anxious before and during class, especially if she has a presentation. Carlson said the thought of being called out in class to answer a question makes her extremely nervous. Even mundane tasks such as walking through the halls might cause her pulse to rise.

“I don’t like being stared [at] or feeling [like] I’m going to get stared at. I get really anxious, honestly, on like everything,” Carlson said. “Like even if I’m going to buy lunch I make sure I’m perfect with everything I do. Like, I’m holding my stuff right, and I type [my student identification number] in fast enough so the other person can [pay for his or her food].”

To an outsider, Carlson’s actions may not seem out of the ordinary, but she said for her they are deliberate. Carlson is hyperaware of everything going on around her. She said she notices how people move and behave more than her friends do.

“It’s like being trapped in your own mind and thinking about everything you do,” Carlson said. “It’s a lot of effort, and it shouldn’t be. You should just be able to walk outside and not give a care about what people do.”

Cleppe said the counseling department has had many conversations as a team about how anxiety is a normal part of life. The right level of stress frequently helps push students to study harder for tests or avoid negative or dangerous situations. Too much anxiety, however, can cause people to shut down, interfering with their everyday lives.

“I think one of the biggest misconceptions [about anxiety] is because a kid is functioning and appears confident, it’s not there,” Cleppe said. “[Some students] have high levels of anxiety, and a lot of students who [have anxiety still] do extremely well.”

“[Anxiety is] like being trapped in your own mind and thinking about everything you do. It’s a lot of effort, and it shouldn’t be.”

During an anxiety inducing situation, Borst said the body’s natural response is to protect itself from danger. An anxiety disorder, however, is when this system of self-protection overreacts to minor, non-threatening situations. This sends the body into a fight, flight or freeze response without a present or immediate threat. If a person is being chased by a bear, such survival instincts could save his or her life. But if it kicks in while a student is presenting a speech in front of the class, they do more harm than good.

“It’s like [the brain’s anxiety control center is] stuck on like a smoke alarm that’s broken, and it’s just giving a [danger] signal all the time,” Borst said. “So you feel on hyper alert.”

Explaining anxiety to friends and family members who have not experienced it themselves has been a difficult task for Carlson, especially when people say that her anxiety is not a real issue or that she is just doing it for attention. Carlson is hurt the most, however, when her friends laugh off what she tells them, simply say everything will be okay or, worst of all, just do not care.

“They don’t have to put themselves in our shoes and go through it,” Carlson said, “but if they can just look at it just from what we say [that would be nice].”

Living in a world where they are constantly waiting to make a mistake or for something to go wrong, Borst said, can make people fear failure and appear agitated and keyed up. People with anxiety disorders spend time in their own heads analyzing and reanalyzing situations. In Carlson’s case, she believes her anxiety allows her to perceive and understand the specific mannerisms that make each person unique.

Carlson’s anxiety makes her more in tune with relationships, she said, “because if there are some things going on with them I can understand more because I have the same issues. And telling [my friends] about it, if they understand, makes us closer.”

How do outside opinions affect your self esteem? Let us know in the comments below.

Spaghetti, saws and The Wizard of Oz

The price of dreams

I think sometimes I may care what others think, but I ultimately know that my opinion is the only one that matters.

I think sometimes others’ opinions may affect me, but deep down I know the only one that matters is my own.

I never thought of any of this stuff. I’m glad I got to see it from someone with anxiety’s perspective