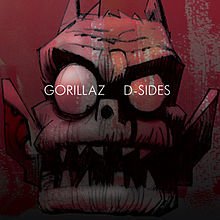 With the repeat button close at hand, I put together a playlist as a small introduction of some of my favorite songs throughout high school, which I realized sounds like the soundtrack if I was the lead in an indie romantic comedy. They are all songs I would recommend  when feeling nostalgic, and I never get tired of the emotions each of these songs bring back, no matter how many times I listen to them.

As pretentious this song comes off, it always gets me dancing and clapping along. The summer between my sophomore and junior year I plugged my phone into the speakers in my kitchen and blasted No Vacation while making grilled cheese almost every day, much to the annoyance of my sister. I don’t listen to the band almost at all anymore, but I’m never taking this song off my playlist.

I was sitting in a car for hours on a road trip this summer searching for new music when I found this gem. It embodies the carefree feel of sunny warm days I was looking for. Even though the leaves have turned and the temperature has dropped now, I can’t stop listening to this song and thinking back to getting sandwiches with my sister on the beach or riding my bike down the big hill in my neighborhood. If my life was made into a cheesy rom com, this song would definitely be the one playing as I rode off into the sunset with a melancholy ending.

Originally, I overlooked this song on SALES’s LP. I was more of a fan of ‘Big Sis’ until I listened through the entire self-titled album and found that this song, as most of SALE’s songs do, depicts a specific emotion.  The lead singer, Lauren Morgan, has a style of choppy lyrics that express how harsh people can be on themselves for having negative emotions, especially in response to difficult situations. The song displays Morgan having a conversation with herself and represents people bottling up negative emotions because of the fear of other people dismissing them and being seen as weak. I’m not a super expressive person, and   this song resonates with me when I’m feeling hopeless, but by the end of the song I’m reminded to not be as hard on myself and instead allow myself to be emotional.

Mitski is one of my favorite artists, and this was already my favorite song of hers, but when I listened to an interview of her breaking apart the meaning of ‘Nobody,’ I treasured it even more. She explained in a Genius video how she wrote this when traveling alone in Malaysia, where she grew up. Mitski had lost all connection to the people there, and it left her feeling painfully alone and searching for a connection. The song expresses a lot of universal feelings but still conveys a personal message. The lyrics “Venus, planet of love, was destroyed by global warming. Did it’s people want to much too?” are my favorite. In Mitski’s lilting voice they are cautionary tale of a planet using up its resources, but still in the context of looking for love. I once heard this song on the radio, and it was so unexpected I couldn’t help but scream that line extra loud.

My cousin first introduced me to this band when I was eight or nine. I started out only appreciating the more popular songs; ‘Feel Good Inc.’ was the only Gorillaz song I had on my ipod in 6th grade. Eventually I got drawn into their very different style and the wide variety within their almost two decades of music. If asked which song I liked best, I could probably talk for hours about how almost every song from the album Plastic Beach is fantastic, but Hong Kong from the ‘D-side’ album stands out to me in the band’s already different sound. This song has been a solace when I’m upset or too stressed to sleep bringing back the memories of first hearing it laying on the carpet at my cousin’s house. The instrumental build up to the lyrics makes the emotional impact of Damon Albarn’s voice all the more powerful to my mood.

Isabel Thoroughman is a senior and an artist for The Rock. She's also involved in the drama department and can be found holed up in the art wing of the school or doodling on her homework