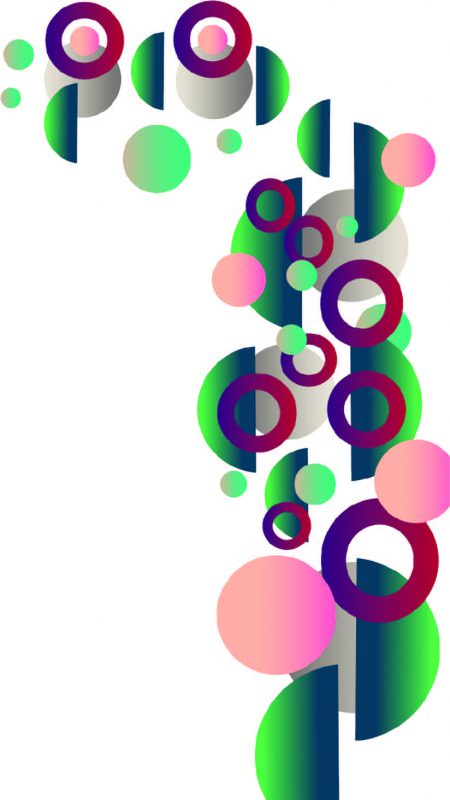 Throughout a day, emotions boil in a pot of stress, frustration and anxiety. They soak in the mixture, absorbing the negative feelings. If left untouched in the streaming batch, the feelings shrivel and overheat; prolonged periods of exposure to intense and stressful environments causes emotions to depress.

But, if every so often a person removes his or her feelings from the onerous setting to cool off, then one could find a balance between the severity of the pot and the calmness of the drying rack. It is crucial for a person to find an equilibrium between his or her tense, stressful life and having time to take a break and release negative feelings. Too much time spent engaged in challenging work in an arduous environment can lead to overexertion and burnout, “The Atlantic” reports.

A way to achieve emotional harmony is through escapism. The concept of escapism revolves around the idea of “escaping one’s reality” or finding a distraction or relief from an unpleasant existence through entertainment or engrossing fantasy, according to anxietypanichealth.com. By that definition, many activities would qualify as escapist habits, such as watching movies, playing sports, daydreaming and eating.

For example, one who healthily engages in escapism could watch a TV show or play video games after a strenuous day at school or work. Unhealthy escapist habits, however, include overindulgent tasks or abusing alcohol or drugs.

Students showcase such attitudes through engaging in clubs, sports, social media and other outlets. For senior Priya Barua, she experiences a healthy balance between stress and escaping. Taking many Advanced Placement (AP) classes and being a member of Rock Bridge Reaches Out (RBRO) and HOSA-Future Health Professionals (HOSA), Barua said she has a lot of mental pressure in her everyday life.

“I don’t really have time to step away from my homework without it being detrimental, so what I do is just try to make homework a little more enjoyable,” Barua said. “I watch a lot of Netflix while doing my homework. I’ve gone through a few series by just letting the show play while I work and listening a little or looking up sometimes.”

When Barua does get too overwhelmed, she takes a short break to raise her mood and keep her motivation high. She isn’t the only person who thinks taking breaks improves stimulation.

WHAT MAKES US HUMAN?
1. Rebelliousness – going against social norms
2. Humor – the ability to laugh and to find life funny
3. Imagination – remaining creative over time
4. Beauty – the ability to create beauty in a variety of ways
5. Spirituality – believing in something bigger than one’s existence
[Source: mindbodygreen.com]
A study published byScienceDirect Journals outlines the importance of rest to the progress of learning and studying. The researchers investigated fourth and fifth grade children, having one classroom take breaks between lessons while the other took no breaks. The research found students were more likely to be on task after having 10 minutes of classroom exercise breaks compared to the classroom that took no breaks.

“It’s beneficial just to clear your mind and come back to work because otherwise it can feel like too much and I just give up if it is,” Barua said. “But if I take a break and come back, I’m usually in a better mood and ready to finish up whatever I’m doing.”

Both the research and Barua’s thoughts fall under author Stephen Covey’s seventh point in his book, “Habits of Highly Effective People.” The idea is a habit coined “Sharpen the Saw.” Covey used a woodcutter as an analogy to best represent his point. He said a woodchopper sawing for several days straight becomes less productive as the days advance. The process of cutting dulls the blade, thus cutting less wood. The solution is to periodically quit sawing and sharpen the saw.

The concept relates to escapism; one can experience burnout if he or she does not pause grueling work or activities to regain sharpness. The perception of having intervals of work and recharge is not new. Throughout American history, Advanced Placement (AP) United States History teacher Chris Fischer said, Americans have shown a tendency to escape from reality into movies, entertainment and art.

One of the most infamous escapism films, Fischer said, was the “Wizard of Oz” in the 1930s. The movie was so progressive and innovative for the time, it caught Americans’ love and attention. Fischer said all throughout the Great Depression, the Cold War and the Vietnam War, Americans showed inclinations to escape through forums of creative expression.

“I taught a history class several years ago, and my partner and I tried to get the kids to look at this contention, this idea that in turbulent, volatile times our art and entertainment reflects an escapist attitude,” Fischer said. “When times are so bad, do we embrace art and culture and stuff that just takes us so far away from reality? When you look at American history, there is something to that. When you live in a free society that embraces creativity and expression, it’s a foundation of our society.”

Going to a movie every once in a while is a healthy, simple way for distraction, which releases stress, according to an article by anxietypanichealth.com.

Escaping from reality to enjoy activities like movie-watching is important to offset negative emotions; removing spaghetti noodles from the pot before overcooking results in a better, more refined texture.

Too much time spent in fantasy, however, has the opposite effect. If one neglects daily responsibilities or withdraws from reality for too long, stress accumulates and becomes an even greater psychological burden.

AP Psychology and AP World Studies teacher Shawnna Matteson struggles with escapism. When she is not doing well in her mind, she said she turns to playing games on her phone or computer to avoid daily annoyances and tasks that feel impossible to do. The games, she added, never refresh her, but serve as avoidant behavior.

“It’s beneficial just to clear your mind and come back to work because otherwise it can feel like too much, and I just give up if it is, but if I take a break and come back, I’m usually in a better mood and ready to finish up whatever I’m doing.”

To keep from neglecting her problems, Matteson deleted many games from her phone and computer. She does, however, see how workers in high stress jobs, such as emergency medicine, might need an escape and feel relief afterwards. She wonders where the line between relaxation and escapism is.

“I’m not sure which came first for me, anxiety or depression, but too much time spent escaping exacerbates my anxiety and stress. Instead of feeling better, my to-do list gets longer. But I haven’t accomplished anything, so it feels even more impossible than before, causing me to want to avoid more,” Matteson said. “It is a vicious cycle for me. If one spends too much time in escapist activities, it will harm relationships, work, self-care, hygiene, eating [and] sleeping.”

When escapism becomes overpowering, advice site lifehacker.com reports one should find a strategy to wean off whatever activity he or she is escaping into.

This method could be anything from hanging out with friends instead of binge watching Netflix or setting a limit for how long one can play video games a day. Lifehacker.com said referring to escapism as “refueling” may help negate negative thoughts on the topic and replace them with the idea that one has a goal whenever he or she is taking a break.

“Everyone has different stress tolerances and different ways of managing it,” Matteson said, “but I would think everyone would need some activity that provided a break.”

It doesn’t matter if it’s for emotions, spaghetti or saws, breaks and escaping have proven to be important for productivity and health. Many forums provide an avenue to escape on and everyone has a different path. Entertainment, Fischer said, is the easiest example to see.

“It’s a fascinating proposition in terms of, as a society, how do we use our entertainment? How does our entertainment reflect our own historiographies? You can make so many connections,” Fischer said. “[And] what makes us connect to something is such an individual experience.”

What escapist tendencies do you have? Let us know in the comments below.

Hear me out: Luqman Muhammad

This is my first in-depth story I’ve read on Bearing news, it’s amazing how detailed and realistic the author is. She also brings up the reality that we spend too much time doing things that don’t really have meaning…

I never even thought of the idea of escapism, but it is simply mind blowing how much time we waste.