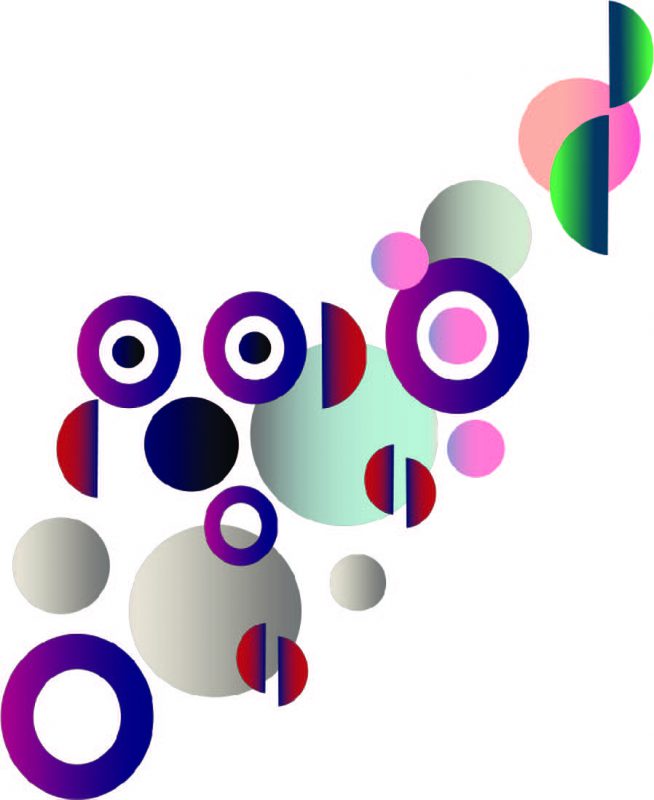 Growing up, Shawnna Matteson, an Advanced Placement (AP) World History and AP Psychology teacher, lived in a household that revolved around family. Matteson’s father, an officer in the U.S. Army as an Air Medical Evacuation pilot, often worked long hours, overnight shifts and trained for weeks at a time.

Still, Matteson’s family made time for each other. Her mother, though she had a full time job, stressed involvement in the lives of her children. They enjoyed dinner together every night, attended church as a group and emphasized holidays to be about spending time as a unit. When it became time for Matteson to start her own life, she kept these values of kinship in her back pocket.

“I have many of the same expectations for my family, though I am not as consistent as my mom in some ways,” Matteson said. “Sometimes the television is our focus during dinner. . . but it is a show we all love and watch together [like “The Simpsons”] or over a movie we all want to share.”

Matteson lives with her husband and two children, a daughter in eighth grade and a son in twelfth. While her own mother rarely baked, Matteson uses the kitchen to connect with her daughter. Matteson and her husband both participated in their kids’ Boy Scout and Girl Scout troops, and Matteson spends evenings with her kids lying in bed sharing their anxieties. She calls it “worry time.” For Matteson, spending time with her children is essential to her lifestyle and made her teaching career all the more appealing.

“I mostly focused on the fact that I could be an ‘at-home-mom’ for [a quarter] of the year, have the same long vacations for holidays as my kids and be home for inclement weather days,” Matteson said. “That was quite helpful when they were too little to be home alone. It was helpful to be inside the school system when navigating evaluations.”

While Matteson counts herself lucky for all the perks of being a teacher, she admits in the beginning of her career she was naive about a teacher’s salary. Luckily for Matteson, her income has not been an issue.

DID YOU KNOW...
Successfull people sacrifice the following eight things for their success:

[Source: lifehack.org]
Conversely, “The Conversation,” a news site run by professors and journalists, found applications for teacher preparation courses dropped by 44 percent this year. The reason for this decline, the article stated, is because of poor teaching salaries.

In Columbia Public Schools (CPS), teachers have an average salary of $54,000 a year, according to a study by Salary.com. That is about  $15,000 more than the national average teaching. Matteson said a low teaching income did not scare her initially, though she became increasingly afraid as she found she brought in most of the income for her family for the first 10 years of her marriage.

When Matteson turned 29, she was finally able to put a down payment on a house to raise her kids in. While Matteson was just beginning her journey to building up a household, junior Afnan Hussain’s father had his turned upside down, all for the benefit of his children.

“My dad is Arabic, so in his old country he was this big engineer and the boss of his company. But when the war hit Iraq, he had to move, so he moved to the United States knowing that his certificate wouldn’t transfer and that he wouldn’t be able to get a job anywhere as close as what he used to be,” Hussain said. “So when he came here they told him he’d have to go through college and engineering school all over again, but he couldn’t do it again. So the only job he could get is a custodian job, and he did it all for us.”

Likewise, sophomore Adrienne Smith accepts challenges from her mother to better her own life. Smith takes AP and honors classes and makes sure she is living up to her full potential, so she is able to get into a good college and not have to work as much as her mother. During the week, Smith’s mother is a nurse in Jefferson City, and on the weekends she works at a nursing home in town. If her mother takes hours on the weekends, she clocks about 70 hours per week.

“When she works on the weekends, she often gets home around seven, and one time she came home around eight even though her shift technically [ended] at six,” Smith said. “That day she came home and immediately went to sleep [because] of how exhausted she was. One time we went to Mississippi, and she worked 31 days straight without a weekend.”

“I wish I could offer him a better job because he used to be a big engineer, a big boss of his company, but now his job is nowhere near as good. I wish I could do that for him so he can be more happy. Leaving everything behind is really hard, and [he did it] all for the betterment of his kids. I wish I could do something to help him fix that.”

Originally, Smith’s mother wanted to be a Registered Nurse, but in the middle of her schooling she discovered she was pregnant with Smith, and her priorities changed. From then on, Smith’s mother focused on providing for her family. She gave up spending as much time with her kids, though her oldest daughter moved out with Smith’s father a year ago.

“Since my dad moved out of Columbia, my mom has had to support both of us on our own, and every chance she gets she will take up more hours at work so we can spend some money on ourselves,” Smith said. “She works ‘to spoil me,’ but honestly since my dad moved away and it’s just been us two, we had to move to a house on this side of town, which made it more expensive, and she has to support both of us on her own now, so we do need the money.”

Though Smith feels guilty about being spoiled, she knows her mother is a giver and buys her gifts all the time. Whenever the pair gets tight on money, however, Smith’s mother radiates stress, and they both cut back on some purchases for a while to save. Some days Smith’s mother has to borrow from her, Smith said, and she gets stressed out not for herself but for her parent. In order to lift some of her mother’s  exhaustion, Smith makes her dinner and, if her mother is extra lucky, Smith will rub her feet.

Similarly, Hussain tries as best she can to make her hardworking father happy.

“I wish I could offer him a better job because he used to be a big engineer, a big boss of his company, but now his job is nowhere near as good. I wish I could do that for him so he can be more happy,” Hussain said. “Leaving everything behind is really hard, and [he did it] all for the betterment of his kids. I wish I could do something to help him fix that. Other than that, I’m just working hard, so I can provide a better future for him and be able to take care of him the way he’s taking care of us.”

Despite her hard work to enhance her kids’ lives, Matteson said she wishes she could give them more “every damn day.”

“I would send them to every camp. . . every EF Tour. I also try not to dwell [on what I can not give them], but I think every parent has regrets. . . ‘I wish I had dones,’” Matteson said. “I regret not finding a sport my son enjoyed and could be successful at. I regret my lack of patience when they were very small. I wish I could have had a house with a playroom. . . I fear how my bouts of depression negatively impact them. But in the end, if they feel they had a happy childhood and know how to find happiness as adults. . . then maybe I did a good job.”

What have you sacrificed to achieve your dreams? Let us know in the comments below.