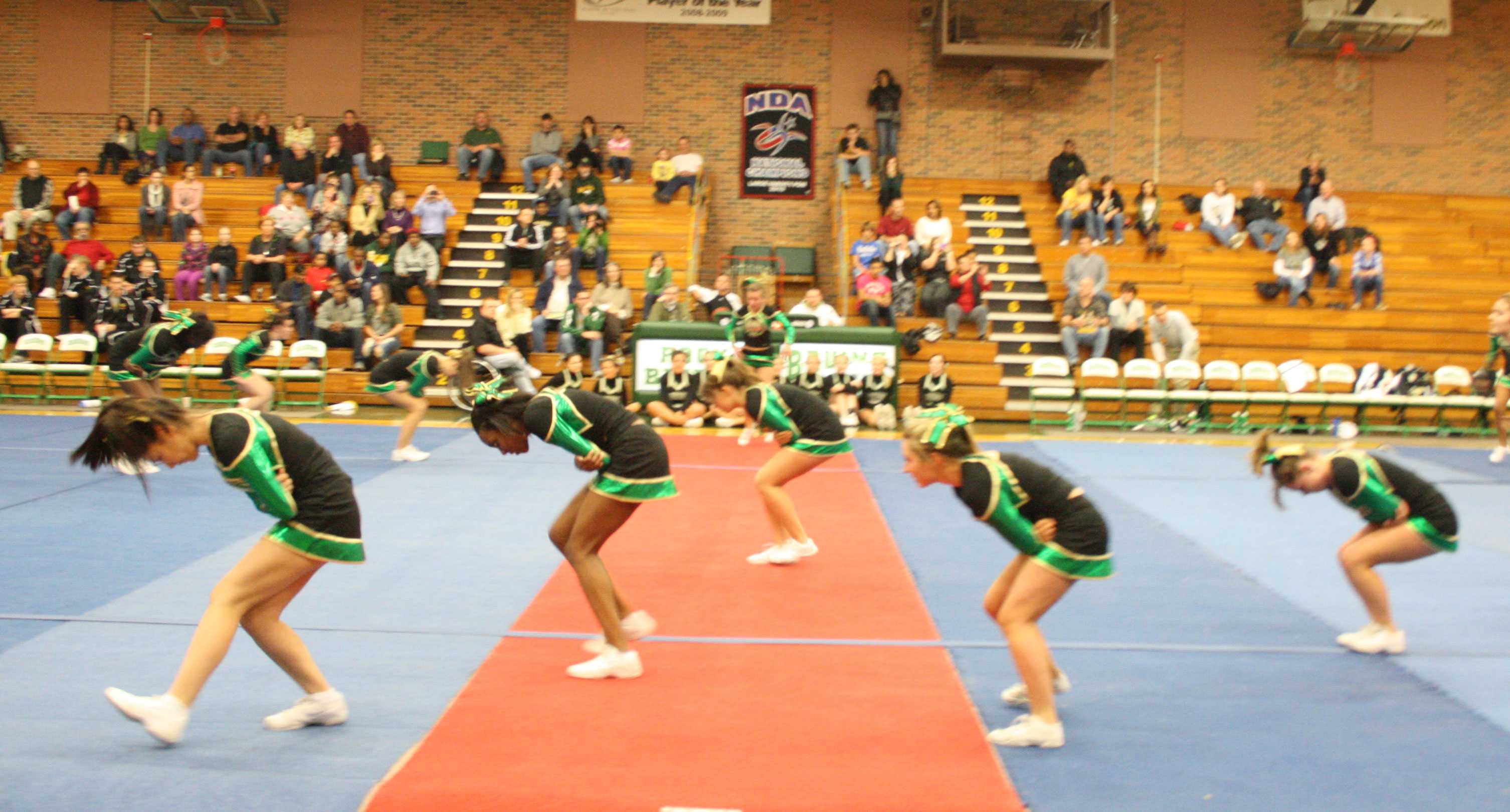 After placing fourth at the Regionals competition the weekend before, the RBHS cheerleading team competed at the State championship held at Lindenwood University, Sunday, Dec. 2.

“I felt very overwhelmed because I didn’t want to let myself down especially since it’s my last years performing at state,” senior Anna Ostempowski said. “I really wanted to end my high school cheer career on a good note.”

The Bruins won fifth place out of nine teams in the small co-ed division, senior Anel Castro was pleased with the outcome and unconcerned with the placement.

“It was fabulous because we hit everything and didn’t drop anything and that’s all I wanted,” Castro said. “I knew we could hit and we did that and we showed what we were capable of.”

With almost half the team consisting of freshmen, there were many cheerleaders who had never competed at a varsity cheerleading state championship.

“The freshman are usually more nervous than the seniors or juniors because they are new to the whole competing thing,” senior Haleigh Mazuch said.

To calm the nerves, Ostempowski said the seniors started a small game which involves  everyone laying in a circle and tapping their hands at the right time. Although winning State was something the team would have liked to accomplish, the Bruins still feel accomplished as last year they placed eighth.

“I think the team performed the best they ever performed today because all of our stunts hit and we left it all out on the floor,” Ostempowski said. “I was very impressed with every single one of them and don’t regret anything that happened.”

What did you think of the cheerleaders season this year? Tell us in the comments below!

The first time I flew a cheerleading stunt

Congrats to the cheer team. Glad the seniors were able to go out on a high note.