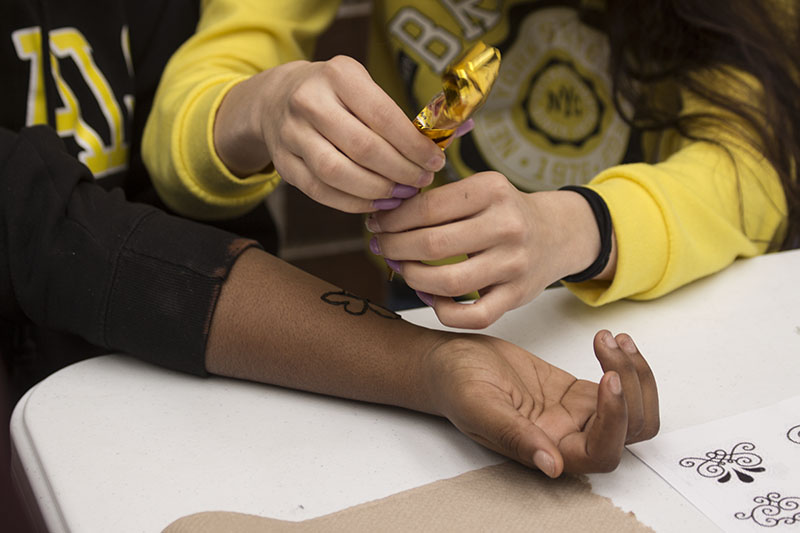 Afnan Hussain draws a flower like design onto a customer. Photo by George Frey / Bearing News

During both A and B lunches today, various students volunteered to practice the ancient art form of Henna tattooing. Originally from India, but also practiced in parts of South Asia, North Africa and Australia, the this tradition has expanded to the western world and has since become a cultural phenomenon. Students were able to get all sorts of designs on their skin, from more minimalist, conventional designs, to detailed and traditional looking pieces.

Junior Afnan Hussain was one of several students who volunteered to put Henna on her fellow students. In the past she had done Henna, but not on this large of a scale. She got to flex her muscles and create interesting designs during the cultural celebration.

“Miss [Lilia] Ben-Ayed told me about the fashion show, and I found out someone was doing henna and I wanted to volunteer since I already knew how to do it,” Hussain said. “I knew these girls who used to do it for weddings and my dad introduced me to them and they taught me how to do simple designs.”

The Henna paste itself is made out of the remnants of a flower called Lawsonia Inermis, aka hina. The tradition itself was reserved originally for special occasions, such as weddings, but became more well known to the American public around two decades ago.

Hussain believes the art form is one which adds to the cultural landscape of RBHS during Global Village and engages students in conversation and learning about the different communities represented at the festival.

“I think that it was cool and fun because a lot of different cultures wanted to try it out, and learn how it was cool and how it works,” Hussain said. “People would ask me questions about it, and it was really cool to get that sort of engagement knowing that they thought it was cool.”

What is your favorite part of Global Village? Let us know in the comments below. 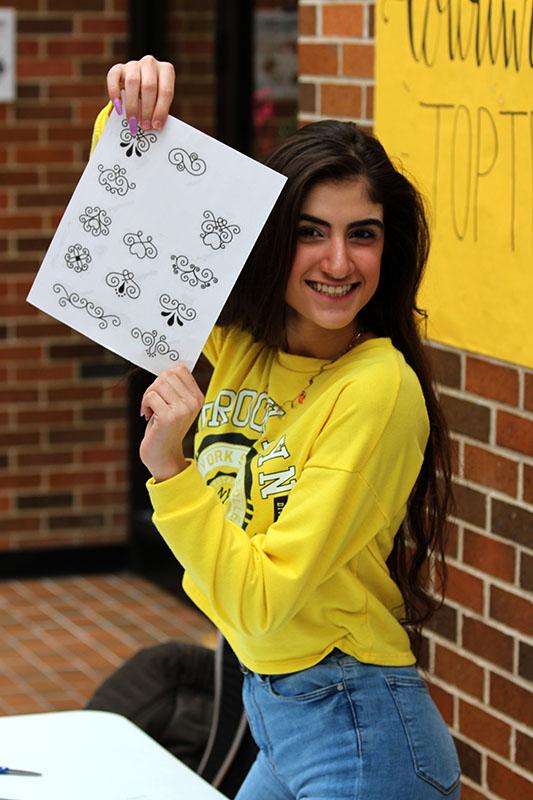