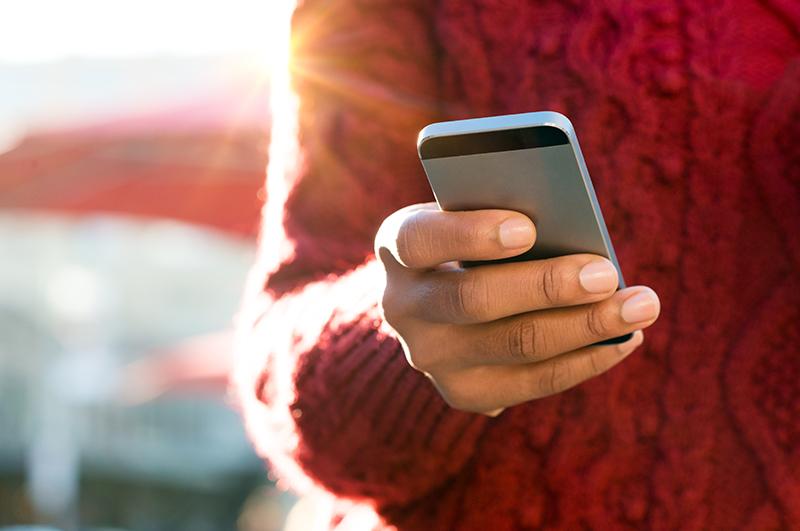 Nothing says “I love you” like a Snapchat streak of 245 and a three-month anniversary post. In an age where one can misinterpret a “like” to an “I like you,” an emoji-less text as emotionless and an “ok” way more heartbreaking than an “okay,” social media and mobile phones have spoiled romance.

A healthy relationship has crucial components that keep it flourishing, such as communication, compromise, respect and boundaries. It takes time and effort to accomplish these four virtues and to find a place where both individuals feel safe, valued and happy. The journey to reach this point in a relationship differs for every couple as each conquers disparate issues unique to them.

Cell phones and social media, however, negate the ability to attain those four components in a smooth and healthy way.

It is strange to think of communication as a drawback of technology, as cell phones are tools made for optimizing information spreading. FaceTime and instant messaging make having conversations with anyone easy and accessible. Having long distance relationships have never been easier to handle because couples can send live updates about their daily lives through texts. It’s so effective, seven out of 10 individuals prefer texting over in-person conversations due to its unobtrusive and effective nature.

People must, however, realize that the quantity of talking does not exceed the quality. Communication is 93 percent non-verbal, composed of body language, tone of voice and facial expressions, while seven percent is based on the written and verbal word. Interactions over the phone don’t have those key nonverbal cues that ensure the authenticity, integrity and genuinity of messages. In fact, frequent texting can create a disconnect for couples, as a study shows low-quality relationships correlates to persistent texting for men. Maintaining a relationship by relying on or using too much of text communication can cause the relationship to depreciate.

Compromise, as a stem of communication, also suffers in a relationship from technology. A 2013 study shows couples who argue, apologize and/or attempt to make decisions over text are not as happy as those who work out issues face to face. Since 93 percent of communication relies on face to face interaction, trying to solve an issue or work out a problem over the phone can cause misunderstandings and take away from a couple’s emotional connection, especially for women. Though always having an easy, accessible way to reach a partner to talk about these issues is convenient, it does not benefit the relationship in the long run.

In addition, determining boundaries and how to respect one another becomes more complicated when social media plays a role. Establishing what parts of the relationship should stay private and what parts are OK to send out to the world is an added layer to contemporary dating. It may seem silly to talk to a partner about if a selfie or a normal conversation is okay to post, but with 50 percent of couples reporting that social media has had negative effects on their relationship, it’s important to be clear on where a post crosses the line of fun to uncomfortable.

Boundaries and respect also come into play for mobile phones in general. One person in a relationship may feel like he or she has the right to monitor his or her partner’s phone because they are dating, while the partner may think this is an invasion of his or her privacy. Even with permission to check each other’s messages, psychologist Ryan Howes said the healthiest couples are ones that have connections outside the relationship and benign independence withing the relationship. Additionally, couple therapist Shannon Chavez said going through a partner’s messages breaks down trust and increases suspiciousness. Finding a balance between privacy and intimacy with phone use is crucial to having a healthy relationship.

Despite these drawbacks, there are positive features cell phones and the internet hold that can carry relationships further than they would have been in the past. Instant messaging has helped keep long distance relationships together for longer, many applications and dating websites allow people more access to meet potential partners and always having a camera to document significant moments can build stronger memories.

These elements, however, do not counter the lost communication, unclear boundaries and general poor well-being of relationships that technology imposes.

None of these components mean people should abandon cell phones and delete social media. Instead, couples should prioritize seeing each other in person than time over the phone, especially when tackling arguments or apologizing. The two should decide on comfortable boundaries for posting and phone accessibility and tell each other if the other crosses those lines.

Though social media and cell phones are making love a little more difficult to accomplish, relationships are not impossible in this modern age. It just takes a little more effort and grit to persevere through all the challenges technology brings.

No matter how perfect technology may seem, in-person interaction changes a relationship from superficial to official. Nothing beats time spent together, phones away, and hearts ablaze.

What are your thoughts about technology and love? Comment below!

Through these ‘hallowed’ halls