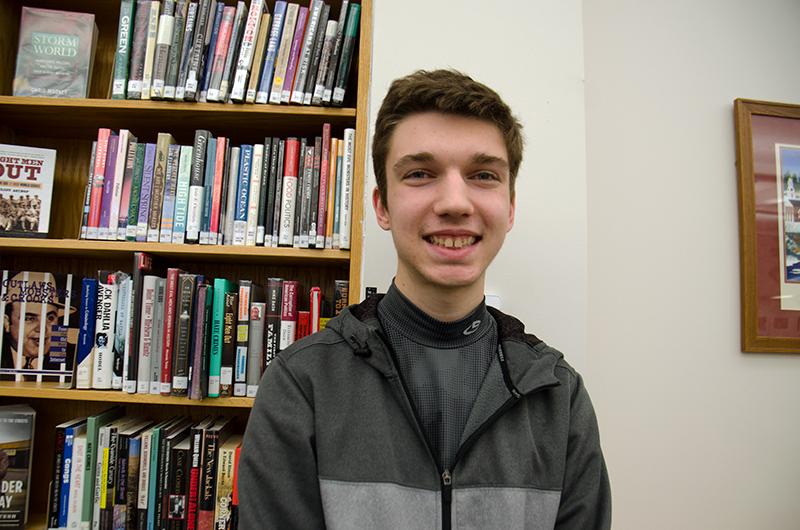 “I think Super Bowl commercials and now Broadway musicals apparently try to implement entertainment into their advertising. Most people enjoy skittles and associate a happy feeling with eating them, so trying to advertise with entertainment gives them that happy feeling that they would get also from the product." -Stephen Quakenbush, senior

Super Bowl Sunday may be the one day a year people are actually excited to see advertisements. Companies pay premium rates for ad spots during the game with a 30-second commercial costing around $5 million. With such a high price, it’s no surprise the ads are both funny and attention-grabbing.

Super Bowl ads are known for being out there, but this year Skittles is taking advertising to a new level. Rather than airing an ad during the Super Bowl, the company made a 30-minute Broadway-style musical that the 17-person cast will perform for an audience of 1,500 at New York’s Town Hall theater. The reasoning behind the unusual choice is that past Super Bowl commercials have done little to increase candy sales.

Heading the show is Golden Globe winner Michael C. Hall and in an ironic twist, the show is a criticism of commercialism. The four-song original cast recording is available now on Spotify and includes a song called “Advertising Ruins Everything.” The comedic content is juxtaposed with a rather melodramatic score.

The show is equal parts self-deprecating and exploratory. DDB North America produced the musical and the Chief Creative Officer commented on its purpose: “While it seems like an F.U. to advertising, obviously, we’re an ad agency and Skittles is a brand. What the show really attempts to explore is the role of commercialism in America and the blurring lines of entertainment and marketing,” Weiss said. “What better time to explore this than the biggest marketing moment of the year.”

RBHS students weighed in on this advertising choice.

Oh wow, that’s really cool, I’ll have to check out the skittles commercial on Youtube!