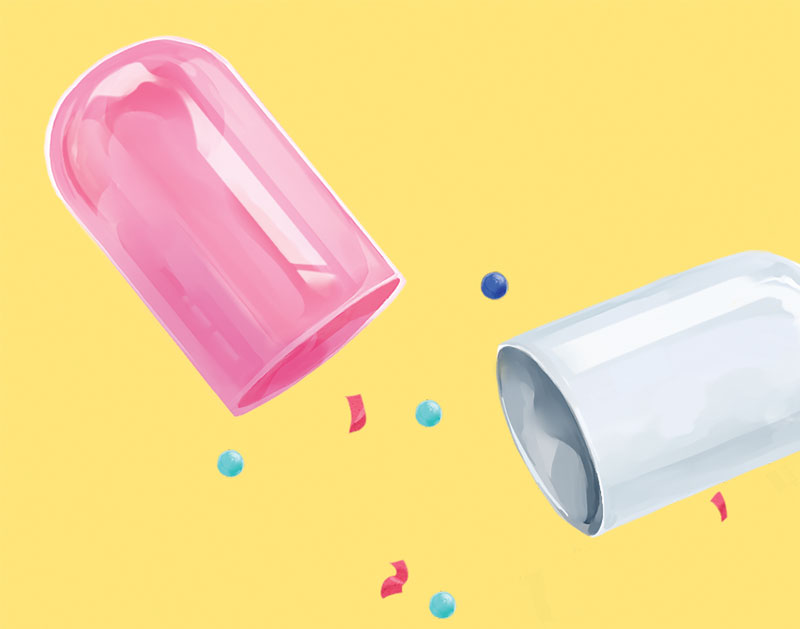 From Buddhist monks drinking snake venom in the 17th Century as an inoculation to snake bites, and the 17th century english using cowpox as a protection against smallpox, vaccinations have been around for hundreds of years. In human history people have completely eradicated only one disease; the World Health Assembly declared smallpox eradicated in 1980 after major inoculation efforts. This dangerous infectious disease was once a deadly killer that left up to 35 percent of its victims dead, scarred or blind.

While once revered as a miracle, vaccines have turned into an unnecessary, frightening and a harmful medical practice for some and vitally important for others. In recent news, the Governor of Washington declared a state of emergency on Monday, Jan. 28 as there were 36 confirmed cases of measles.

Out of the cases, 31 were unvaccinated and the remaining could not be verified. The Center for Disease Control (CDC) stated its goal to eliminate measles by 1982; it was then declared eliminated based on its continuous absence of transmission for more than 12 months in 2000. The rise in unvaccinated children rose from 0.9 percent to 1.3 percent, reported by the CDC.

“Vaccines are important to society because they save lives. Vaccines help prevent disease and death from illnesses that used to be very common,” Teacutter said. “For example, according to the Centers for Disease Control, more than 15,000 Americans died from diphtheria in 1921 before there was a vaccine, but only two cases of diphtheria have been reported to CDC between 2004 and 2014.”

While scientific evidence could be enough of a reason for individuals to get vaccinated, it is still not appealing to those who fear needles. The Diagnostic and Statistical Manual of Mental Disorders stated about 50 million Americans feared injections, making it on the top ten fears list.

Sophomore Kate Burns has been scared of needles and shots ever since she was able to recognize exactly what they were. When she was seven years old, just the thought of a needle going into her body made her shiver.

“When I’m at the doctor and hear the word shot, I can’t help but cry,” Burns said. “I try so hard not to, but I physically can’t. That’s so dramatic, but I think another reason I really hate them is because I’ve had a few bad experiences with shots.”

Burns’ fear deters her from getting vaccinations, but for others that is not the case. Freshman Olivia Hayes does not get flu shots but doesn’t skip them all together; Hayes said her mother does not think it is necessary because she notices the flu shot does not work for a lot of people.

“The vaccinations [people] get when they are little, and every year after at doctor visits, are the ones necessary for school and to prevent them from dangerous infections [and] illnesses,” Hayes said. “But the flu I don’t think is necessary because in many instances I’ve seen it not work, so why get it if it doesn’t work.”

Teacutter recognizes not everyone is comfortable getting vaccinated. She said some believe innoculations are not safe and can overwhelm a person’s immune system, or others don’t trust government regulations or the pharmaceutical companies manufacturing them.

The decreased immunization rates had devastating effects in 2010 when 9,120 whooping cough cases arose in California. The researchers published their findings in “Pediatrics: the Official Journal of the American Academy of Pediatrics.” They stated ten infants died of whooping cough, but were too young to receive the vaccine, and the case amount was higher than any year since the whooping cough inoculation was first available in the 1940s.

“Unfortunately, these myths or misconceptions are often not true, and not vaccinating can lead to illness, outbreaks and death. Vaccinating is not only important for the individual and his [or] her family, but also for the community as a whole,” Teacutter said. “We have more vaccinations available to us than ever before, but at the same time vaccines have become much more efficient. Fewer antigens in vaccinations are needed to produce an immune response, so even though we have more vaccines than ever before, we are exposed to fewer antigens from them overall than in years past.”

“I wish I could have told my parents that they are worth more than [how they acted].”

Antigens are substances used to induce an immune response which trains a person’s body to defend against disease causing organisms. While unharmful, certain parents are concerned too many can overwhelm immune systems.

Some people’s’ disregard toward the importance of vaccines is a recent observation for Teacutter. She said humans live in a time where diseases that used to be common are now extremely rare. People used to be plagued with common outbreaks of polio, measles and diphtheria, and therefore when vaccines were created, it was welcomed.

“Vaccines were welcome because they meant reducing the incidence of some devastating illnesses that people saw all the time,” Teacutter said. “Because we don’t really see the devastation of those diseases now, it’s harder for some people to understand the importance of vaccinating.”

RBHS sees the importance of inoculations and to ensure the safety of its students, a free vaccine is available at school every year; however it is not a requirement.  RBHS Nurse Tammy Adkins said the free flu vaccines is set up by the Boone County Health department and CPS Health Services Coordinator.

“MU Children’s Hospital and the David Lichtenstein Foundation support [the free flu vaccine] with funding so that students in Boone County can receive the vaccine free,” Adkins said. “Some people can get very sick with the flu, [and] complications from the flu can cause secondary illnesses like pneumonia, cause prolonged symptoms and fatigue, exacerbate asthma symptoms, contribute to long absences from school and death. The very young and very old are especially susceptible.”

Although Burns does not like vaccines, she understands their positive effects. She said her parents would make her get vaccinated, but without them she would choose to anyways because of the diseases she could be susceptible without it.

Not all mindsets, though, are like Burns’ when it comes to vaccinations, and with the decreased amount of vaccinations, the Center for Disease Control warns stopping inoculation could bring back the deadly diseases we conquered decades ago.

“I think everyone should be vaccinated to keep everyone else safe,” Burns said. “I don’t see why someone shouldn’t be vaccinated. If they aren’t and they are around a baby, for example, who hasn’t had all their shots yet, there could be a horrible outcome for that baby.”

What are your thoughts on vaccinations? Let us know in the comments below.

Love the story, Emily! I think you guys did a great job with this in-depth series!