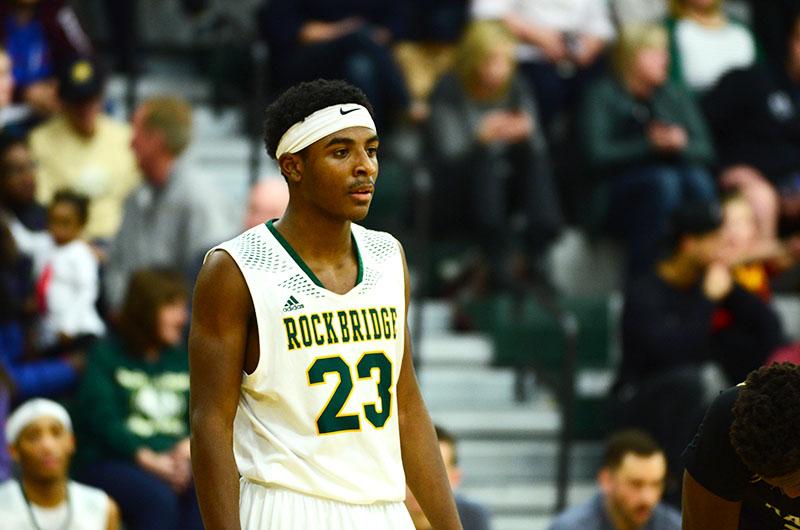 The boys’ basketball team does not plan on slowing down anytime soon. Tonight’s dominant win versus the Camdenton High School (CHS) Lakers allows the Bruins to become a favorite in the playoffs after their (88-51) victory over the Lakers. The win advances the Bruins to [22-3] on the year.

Senior guard Ja’Monta Black attributes the Bruins’ success to their grit and determination. If the team were to remain successful and maintain its winning streak, it would be monumental in the RBHS athletic history books.

“We want it bad,” Black said. “We just want to be the first team in RBHS history to win the [state] title. We’re just really excited about being one step closer to our goal.”

The Bruins are eager to continue playing, senior guard Noah Patrick said. After a short celebration, the team is already looking forward to the next game.

“That really wasn’t a game we should lose, so after the game, we mainly talked about what we needed to [do] better on defense and such,” Patrick said. “Although we were happy and excited about the win, we were just ready to play in the quarterfinals again for the third straight year.”

The culture that the Bruins have established shined through tonight. The atmosphere was electric from the first buzzer to the last, Patrick said.

“My favorite part of the game was the end of the game when all the backups were in,” Patrick said. “They played really well and it was a lot of fun getting to watch that and hype them up.”

This win advances the Bruins to the state quarterfinals in Bolivar, Mo., Saturday, March 9. RBHS will face Kickapoo High School at 1:00 p.m. at Southwest Baptist University.

“We are not finished,” Black said. “We are not satisfied. In the meantime [before the next game], we are just going to worry about us and get better as a team.

Are you planning to make the trip to Bolivar on Saturday? Let us know in the comments below!