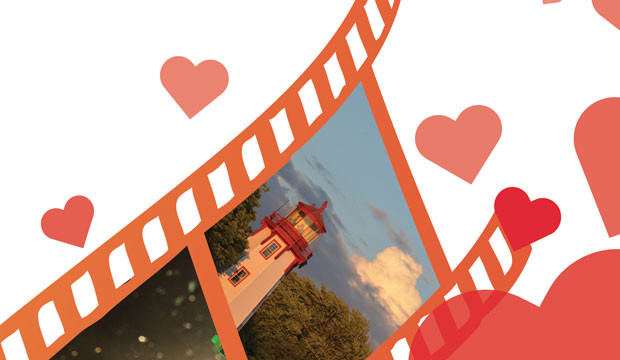 Forty-one percent of girls ages 17-21 are not happy with their appearance, and 29 percent ages 11-21 have considered surgically altering their face, according to a 2018 Girls’ Attitude Survey by girlguiding.org, a leading charity for girls in the United Kingdom.

From photoshopping pictures to surgically changing appearance, adolescents spend both time and money in an attempt to mask their physical insecurities, whether it is to have clear skin, full lips or a small nose. With the cosmetic industry valued at $532 billion in 2017, reported by globenewswire.com, and 17.5 million surgical cosmetic procedures underwent in 2017 in the United States alone, according to the American Society of Plastic Surgeons, the pressure to look “perfect” is no doubt a high burden.

Freshman Olivia Hayes said her self-confidence really depends on her mindset or attitude during a specific time, which can fluctuate often.

“I don’t think anyone is really happy with their appearance these days,” Hayes said. “I definitely am not at some moments, and that’s just [the truth].”

Hayes said most physical insecurities are born from comparing oneself to others, where social media play a heavy role. The number of social media users worldwide in 2018 was 3.196 billion, up 13 percent from the previous year, smartinsights.com, a digital marketing website, found. With 1 billion monthly active users, Instagram is the sixth largest social media site, which allows individuals to provide a snapshot of their lives and used prevalently among younger generations.

Senior Quinncee Carbone has over 1000 followers on Instagram and has dabbled in modeling, even appearing on the cover of Senior Style Guide magazine. She said the goal of Instagram and other social media is for users to provide only the most flattering highlights of their lives.

“In my Instagram, I want to be able to share with my followers some of the things I am doing in my life and show good moments,” Carbone said. “I post some of the best moments in my life or times when I’m doing something that shows the kind of person I am and the life I am living.”

“Nothing that has to do with social media is ever to make me consider changing my appearance because I am who I am.”

The main instigator for this appearance driven society, Carbone said, is the public’s admiration of celebrities who have teams of people to make them look both flawless and effortless. She said she feels as if the glamor of reality stars misleads some adolescents and makes them believe they must look a certain way, which is potentially harmful to their mental health.

“As a society, we 100 percent value looks. It is sad because it’s almost as if your personality doesn’t matter anymore,” Carbone said. “We have people like Kim Kardashian who has had surgeries on top of surgeries to make herself look the way she does, yet we portray her as a beautiful woman. Our society displays her as a role model; therefore, everyone begins to do everything they can to get that image.”

RBHS counselor Jackie Collins said she sees students overly using social media, which may provide adverse consequences to their confidence and mental health. She hopes for students to post in order to uplift other, but said in most cases, teenagers and adults alike post to brag.

Collins feels it is important to remember what is portrayed is only a profile, not nearly someone’s full life, and, therefore, cannot be used to judge one’s personal life against their own.

“If [social media is] affecting you, and you look at it and think, ‘Oh, why can’t my hair be long? Why can’t I be prettier?’ or ‘Why can’t my eyes be that blue?’ then you need to scale back a lot,” Collins said. “Because all that stuff is not real per se.”

Not only do celebrities present an unattainable body image to the ordinary teenager, but social media filters and beauty apps also open a Pandora’s box of envy and insecurities. Common Snapchat filters such as the dog face, flower crown or heart accessories slim down the nose and face while enlarging the eyes and pupils to show teenagers a more stereotypically attractive version of themselves.

These types of filtrations have caused a new wave of plastic surgery frenzy called “Snapchat dysmorphia.” In fact, in 2017, the American Academy of Facial Plastic and Reconstructive Surgery released a survey that found 55 percent of surgeons reported patients requested surgery in order to take better selfies, which was a 13 percent increase from the year before.

“There have been filters where I might look more tan or things that can make my hair look a different color, and I do admit there is some curiosity when it comes to thinking how different I would look if I changed my appearance,” Hayes said, “and I think the people who change their appearance are just the people who want to be portrayed in a different way in real life such as how someone may put a version of themselves out on social media.”

While Collins believes in embracing one’s natural physical traits, she understands if someone wishes to refine his or her appearance in order to feel more confident and happy. Sometimes, however, no amount of changing can fix a low self-esteem, Collins said.

“I don’t think anyone is really happy with their appearance these days. I definitely am not at some moments, and that’s just [the truth].”

“If you’re doing [plastic surgery] to please people, then after I get that tummy tuck, it’s going to be, ‘My hair is too short,’ then it’s going to be, ‘I’m too dark; my nose is too big, and my eyes’—you know,” Collins said. “It’s just going to go on and on.”

Collins worries for her daughter who is occasionally envious of some her friends’ physical traits. When this happens, Collins reminds her daughter that true beauty lives within a person rather than what decorates the outside.

“Building that self-esteem from a young age is going to be helpful, and part of that comes from parents and adults around you making you feel good about yourself,” Collins said. “I have a 10-year-old daughter, and I’m constantly telling her, ‘You’re so pretty; you’re beautiful.’ She has very long hair, and I’m emphasizing to her that, ‘Hair doesn’t make a great personality. You are fine the way you are, and you are beautiful.’ What I’m trying to do is to [help her] build that self-esteem so that she can always feel good about who she is inside, and that comes outward.”

Carbone said there was a period in her young teenage years where she would compare herself to her friends and see herself as “not good enough.” But like Collins, she realized her life has more value than just appearance. Now, even with the influx of celebrity feeds, filters and more, Carbone said nothing can prevent her from loving herself. For others who may be struggling with their appearance, she hopes they can learn to accept themselves and their insecurities.

“Nothing that has to do with social media is ever going to make me consider changing my appearance because I am who I am,” Carbone said. “It makes me kind of sad to think that there are people who are willing to change their whole look that they have created for themselves just to maybe fit in or make people like them more.”

How does social media affect your self-confidence? Let us know in the comments below.

Student reflects on social media use, impact on adolescents

Great In-Depth! The “Did you know…” part was definitely eye-opening! I’ve definitely felt that before a few times.