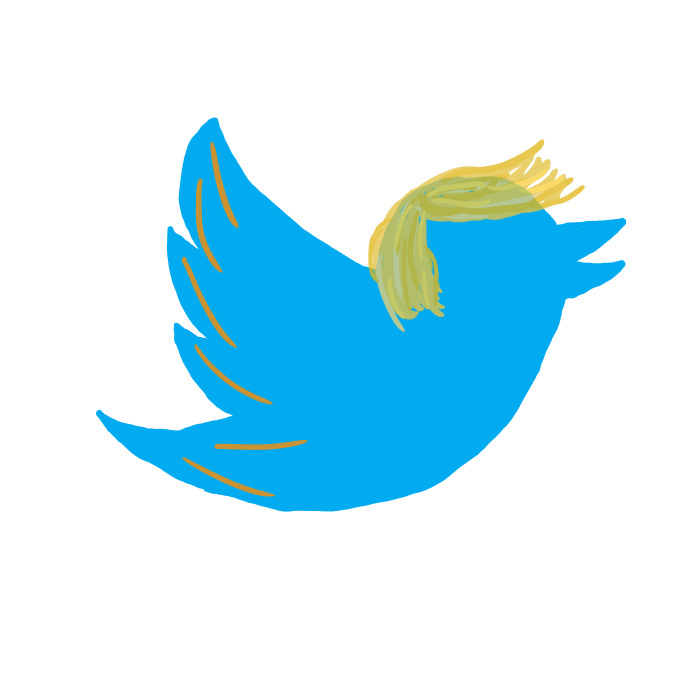 Absences. Indictments. Plummeting approval rating. The longest government shutdown in American history. President Donald Trump’s corrupted administration has irrefutably changed the American perception of the office of the presidency. The whirlwind media coverage of the president’s collusion with Russia, his presidential visits and receptions, his constant golf trips and his lack of negotiation with opposition have created public distrust in the government and its ability to accurately represent the American people.

s into his presidency, President Trump has spent 159 days golfing or vacationing, according to trumpgolfcount.com. The early parts of his presidency seemed filled with visits to golf resorts. Headlines constantly filled with new updates and photos of the Commander in Chief golfing, adorned with a “Make America Great Again” campaign hat. The president’s absence, only consistently staying in Washington, D.C. during the January government shutdown because of already high criticism from the public and the media, characterizes his time in office. President Trump’s old tweets have come back to haunt him, as he spent the eight years leading up to his presidency complaining about former President Barack Obama’s golfing trips; however, within his first year in office, President Trump surpassed the amount of vacation days of Obama during his time in office. And the number is only rising. His absences show that he treats the role of the presidency as a joke, not a position that brings with it reverence and respect.

President Trump’s inflated ego has led him to disrespect those he encounters through the office of the presidency. The Clemson Tigers football team recently visited the White House and met President Trump after winning a championship against the Alabama football team. The Tigers were expecting a stately feast, only to be met with heaps of cold fast food on silver platters; behind a table, a smiling President Trump. The insult only stung more when President Trump repeatedly defended his choice of feeding the champions cheap fast food, thinking the football players would be flattered he catered to their taste. President Trump created a mockery of a traditional honor. The thought of cold McDonald’s surrounded by gold candelabras seems blasphemous, let alone as a reward for hard work.

The amount of respect achieved by an office is characterized by the person who holds that office, and therefore is changed, for better or worse, depending on who is holds the office. The infamous “Watergate” scandal changed the executive branch, former President Richard Nixon brought forth a new wave of questioning towards the presidency, and every president since him has faced the consequences of his scandal and proceedings of impeachment. The Trump Administration is shaping up to change the face of the presidency yet again, and it is shrouded in more scandal than what even former Nixon could imagine. Questions of collusion with Russia and President Trump’s business interests have plagued President Trump and those who worked on his campaign, with many associates being arrested and indicted, the lastest being President Trump’s longtime friend, Roger Stone. Stone’s back is adorned by the face of former President Nixon, tattooed across his skin.  To make that much commitment would mean that Stone must hold utmost respect for Nixon. It only makes sense that, like Nixon, the scandals surrounding President Trump will change the face of the presidency in the modern age.

The American people are screaming for President Trump’s attention. America needs him to step up to the responsibility of the office and treat the American people with respect. President Trump’s ear, however, is only turned towards Russia and unscrupulously elected President Vladimir Putin. Many of America’s most recent actions have been directly beneficial to Russia, including the country’s recent involvement in Venezuela. The case for collusion is strong, with many of President Trump’s business ties emerging with Russia. There seems to be heavy evidence of Russian hacking in the 2016 election for the presidency. The official Republican party, the Grand Old Party (GOP), remains complacent, however, with their leading man, Senator Mitch McConnell, having received vast amounts of money from high ranking Russians whom McConnell recently lifted sanctions on.

Recently, the GOP has actively given undivided support to President Trump before he becomes their official 2020 nominee. Some Republican state officials have even considered eliminating primaries and caucuses for their party so President Trump will automatically receive the Republican nomination, effectively barring others from running on their party’s ticket for the 2020 presidential campaign.

The first time I played rugby

An ocean away: Singapore

This has great art and is so true. His ego is way too big for the office.