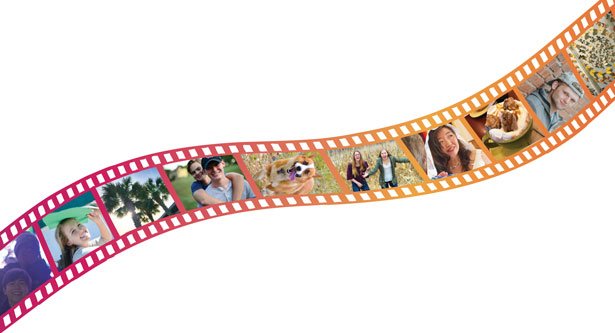 In the past six months, Americans have seen public figures come to terms with inappropriate statements and behaviors they displayed back in high school.

The politicians’ conduct in high school more than two decades ago has come back to haunt their adult selves and damage their reputations.

In the age of the internet, however, instances of inappropriate behaviors hindering reputations are almost instantaneous. Just hours after the Oscars crowned “Green Book” as Best Picture winner last month, individuals stormed to Twitter to slam the movie’s writer for a four-year-old tweet of his that contained an Islamaphobic statement.

For regulating what he put online, 2018 alumnus Dalton Nunamaker had to be especially cautious about what he sent out to the world. As Student Council president last year, Nunamaker not only represented himself but the whole school as well when he went online.

“When I post on social media, I try to either be informative or encouraging. Whether it’s explaining what I believe, telling all sides of the story to reach the truth, making people laugh or just wishing my friend a happy birthday, I try to always inform and encourage,” Nunamaker said. “For example, if a funny video was going viral on Twitter but was not appropriate and wouldn’t reflect well on our school, I would be sure not to participate.”

In an era where the U.S. president tweeted an average of eight times per day in 2018, according to Politico, and 100 percent of U.S. Senators and 90 percent of the House of Representatives post via official Twitter accounts, according to Statistica, Twitter has become a place of raging political discussions and fervent rants.

Politicians face similar public scrutiny when they post discriminatory messages online. They, however, do not always receive punishment from their superiors.

There have only been two instances where members of Congress have been expelled in modern history, according to HistoryHouse.gov.

“Whether it’s explaining what I believe, telling all sides of the story to reach the truth, making people laugh or just wishing my friend a happy birthday, I try to always inform and encourage.”

In January, many representatives nationwide called for greater action against Iowa Rep. Steve King, the New York Times reported. For years, King has said or tweeted messages that people view as racist, anti-Semitic, white nationalist, or insulting to immigrants, African-Americans, Latinos or women seeking abortions, according to the Washington Post. Jan. 11, the Republican Steering Committee voted unanimously to strip Rep. King of all his House committee assignments, but it did not remove him from his position.

Nunamaker has been keeping up with Rep. King’s case. When at RBHS, Nunamaker was an active member of Young Republicans. His experience in the club and as Student Council president taught him about politics and the importance of remaining professional when in leadership roles.

When it comes to holding politicians accountable for their tweets,  Nunamaker said it is unreasonable if they refuse to apologize for their misdemeanor or continue to act in similar ways.

If people have apologized and changed their actions, Nunamaker said, people should forgive them, as people grow and learn throughout time. He believes posts can be useful information about someone’s character, but new evidence about who the person is now should outweigh any old information.

“If [politicians] actively post inappropriate things. then all measures of institutional authority ought to be on the table. If what they said is so egregious that the bodies responsible for their dismissal act in the proper way, then, yes, they can be stripped of their power, as happened with Rep. Steve King,” Nunamaker said; “however, I don’t believe that people should be able to mob and demand actions in their rage that don’t go through the proper means.”

Politicians are not the only figures in the spotlight that must be accountable for their behavior online. Athletes hold the same responsibility for their actions as well.

Though not representing the whole school as did Nunamaker, senior Mojuba Shonekan’s social media presence has an impact on his teammates. As an upperclassman on the cross country and track teams, Shonekan tries to set an example for his younger teammates.

In addition to being a role model, Shonekan considers future implications when he posts, as he thinks about college recruitment.

“When I post on social media, I think [about] if it’ll impact anyone in a bad way or make me look a way I didn’t mean to,” Shonekan said. “I’ve thought about [college admissions officers seeing my posts] quite a lot. I think what you post should affect whether you’re getting a scholarship or not because you get recruited based off your character. As an athlete, you should be responsible to post the right things when you know you’re getting recruited.”

Social media now play a huge role in recruitment for high school athletes like Shonekan. Eighty-five percent of college coaches said their staff conducted online research of recruits, Cornerstone Reputation reported. Of that 85 percent, 87 percent use Facebook, 79 percent use Twitter and 65 percent use Instagram to evaluate a recruit’s character.

“I don’t like how people are bashed in media about something they posted five years ago. If they really meant offense by what they said, then they wouldn’t apologize. But the vast majority of times it’s just a joke, and athletes shouldn’t get in serious trouble over small matters that happened years ago. Anyone for that matter, not just athletes.”

McCall had posted a video to YouTube describing an incident in which he had illegally trespassed. The video went viral, and soon after he posted it, he received a call from Old Dominion University breaking his six-month commitment with the school.

There are psychological implications as to why individuals may exhibit inappropriate behavior online. A study by psychology professor John Suler at Rider University analyzed the characteristics of internet interactions.

He found people experience the online disinhibition effect, where individuals loosen their regular social restrictions and inhibitions that are normally present in face-to-face interactions.

This lack of restraint allows people to feel less pressured by usual social standards such as authority and timely responses in conversation, and lose themselves in imagination and the feelings of anonymity and invisibility.

RBHS wrestler and sophomore Garrett Roach has grappled with those feelings before. There have been times where he decided not to post a funny picture or a risqué caption even though he and his friends would find it amusing because he worried about presenting himself poorly.

Accountability for athletes’ posts should differ by the situation, Roach said, depending on the timing of the message, content of the message and whether or not the athlete is already on a team. He said accountability can become absurd at times, especially since most of the issues that arise from inappropriate posts are over humorous jokes that people shouldn’t perceive as serious.

“I don’t like how people are bashed in media about something they posted five years ago,” Roach said. “If they really meant offense by what they said, then they wouldn’t apologize. But the vast majority of times it’s just a joke, and athletes shouldn’t get in serious trouble over small matters that happened years ago. Anyone for that matter, not just athletes.”

Dr. Brett Johnson at the University of Missouri—Columbia sees athletics as a more difficult area to tackle. He said politicians are not protected by the First Amendment from consequences of what they say online, and athletes receive different treatment depending on the situation.

“The athlete question gets tricky when we’re talking about students at public high schools or colleges. One way to look at it is these institutions are essentially government actors, and if they punish students for their speech, they could be violating the students’ rights,” Dr. Johnson said. “On the other hand, most schools would probably argue that being able to participate in a sport is a privilege, not a right — and you can lose that privilege if you violate team rules.”

“I believe people used to be more true to themselves, but now after seeing some of the negatives ramifications of even minor infractions, people are very careful,” Nunamaker said. “They hesitate to post things that may not even be bad, just for fear of outrage. Politicians are especially prone to this.”

How do you manage your social media presence? Let us know in the comments below.

The good, the bad and the ugly