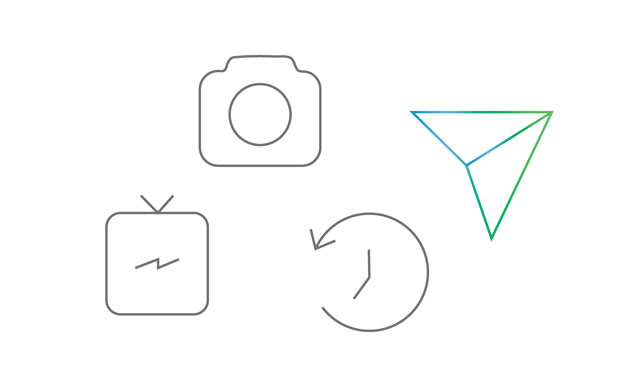 For six or more hours a day, sophomore Kelly Barnes’ life becomes engulfed in an array of memes, television shows and pictures of friends.

Despite her choice to spend her time connected online, Barnes said being on social media for long periods of time leaves her feeling drained. Though, she said she likes connecting with her brothers who live out-of-state and her grandparents.

“Pros [of social media are] obviously getting in contact with people quicker, but cons are, for girls especially, what they put in your mind, like what you have to be like, especially with Instagram and things that you can look through and you’re like, ‘Oh, everyone’s life is perfect,’” Barnes said. “But it’s just like a highlight reel of everyone’s best moments, so you think life has to be like that, or you have to look like that or something. Just like false images.”

Instagram came in last in the worst social media sites for mental health, following YouTube, Twitter, Facebook and Snapchat, according to a study by the Royal Society for Public Health and Young Health Movement.

Some negative aspects associated with these sites include poor sleep quality, bullying, body image and the fear of being left out. The Instagram models and users who think they need to look a certain way demonstrate to Barnes why individuals may have poor self-esteem because of social media.

“I’ve had a good experience [on social media,] but that’s ‘cause, I mean, I follow who I want to follow, see what I want to see,” Barnes said. “I’m not comparing myself to others, but there’s times where I catch myself doing that, and that’s when it’s more negative than positive, but I’ve had a good experience on it. I like having Snapchat to contact my friends and see what they’re doing and stuff like that.”

Keeping up with friends on social media often comes along with the fear of missing out, where a user perceives themselves as being in a lower social rank, The Washington Post reported. This negative reaction stems from people seeing their friends attending an event without them.

Barnes said the reaction to seeing other people’s lives put out on social media can cause individuals to think others’ lives are perfect;. She realizes, however, social media are simply superficial snapshots.

“There’s this whole new generation of influencers and Youtubers and stuff like that, so it’s given a lot more opportunity on social media, but it’s also people are more jealous or they compare themselves more,” Barnes said. “Like I said earlier, I think that’s a big problem with social media, everyone [looking] at [and] trying to be like that person, but they don’t realize that’s just their best moments.”

How does social media impact authenticity?

How important is your social media to you? Let us know in the comments below.

The good, the bad and the ugly