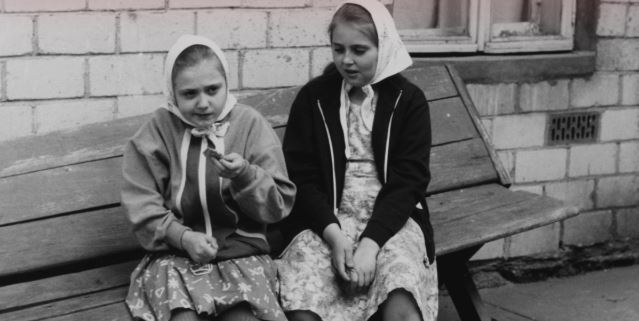 I‘ll save you the time, don’t watch this film unless you want to test your patience. ‘Tanjuska and the 7 Devils’ is 80 minutes long, but it only has the content for barely 20 minutes.

Tunjuska, or Tanya for short, is a 12-year-old girl with a physiological or mental disorder which the doctors and healers of Russia cannot fix. Hopeless, the family travels to a church in Estonia to somehow exorcise her. But Tanjuska doesn’t get better, and so the film consists of her father and mother talking redundantly for nearly half the film about how Tanya turned this way. The rest of the film shakily and painfully pans on Tanya. She doesn’t really talk, so viewers just watch her fidget uncontrollably, try and put on her clothes and get splashed with water by the priest. It’s like watching people try and solve a math problem for 80 minutes when you know there is no solution. You want to tell them to stop, that it’s impossible, but they just keep ruffling their hair and scribbling.

One thing is for sure, you feel the frustration of the parents. The once normal girl cannot even use the bathroom by herself. But I don’t go to the movies in order to feel upset for 80 minutes, watching a poor little girl scratch and shake constantly while her father looks down and clenches his jaw.

The interviews are just as tiresome. The mother and father show virtually no emotion when recounting Tanya’s childhood. And while they talk for a dragging amount of time, the actual storyline is very straightforward. Tanya used to play with her sister, would talk and smile, but after a traumatic experience at school when her class shoots pig targets, she changes and the ‘demons’ take over.

While reading the synopsis of the film, I genuinely thought it would be an interesting watch. I still think the concept was fine, but there just wasn’t enough content. The father talks, the mother basically reiterates what the father says for 20 minutes, Tanya gets dressed while her father frustratingly shakes his belt, they go to church where the priest angrily talks about demons and the cycle repeats.

Director Pirjo Honkasalo had a chance with this film. She could’ve found this family maybe 10 years down the line to see what happened with Tanya and her family. But by the end of the film, you see the same broken girl from the beginning of the film.

What did you think of ‘Tanjuska and the 7 Devils?’ Let us know in the comments below.

Q & A with the director: Nanfu Wang