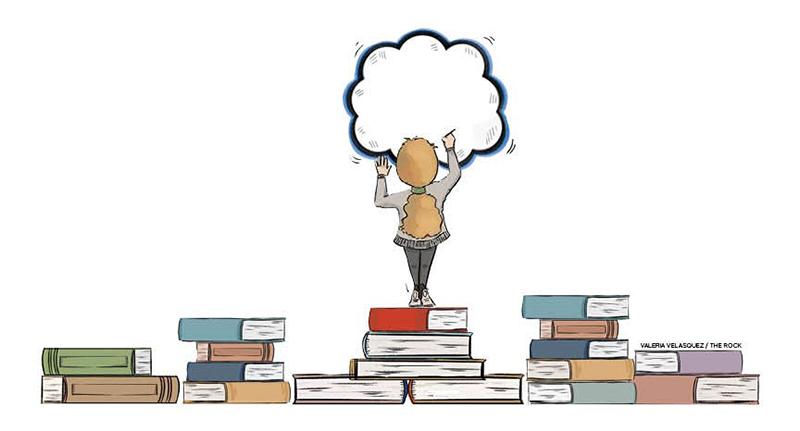 Red rabbits run really rapidly. Small snakes slither swiftly. Tired turtles talk to tall trees. When I was in first and second grade, I had to see a speech therapist because I couldn’t say my R’s, S’s and T’s correctly. While these sentences may not have been exactly what I practiced, they resemble what my instructor had me say.

I sat in a small white room and stared disinterestedly at fading pictures while drilling articulation several times a week. Such phrases seemed more comical than useful, but I repeated them until each word became a meaningless combination of sound, barely distinguishable as English to my disimpassioned ear. All my voice left was the echo of hollow noise vibrating until it disappeared back into silence. How many times could I say run before all I wanted to do was race from the room?

My writing was no better. Try as I might, my words remained jumbled messes of vowels and consonants as I put pencil to parchment. In fourth and fifth grade, I began learning to type. A couple times each week, my class journeyed to the library where we sat two to a table, each with a small machine created to teach people how to use a computer keyboard. In the quiet, surrounded by shelves of books and the watchful eyes of teachers, I dutifully hacked away at the mechanical instrument until my fingers learned to glide from key to key in a perfectly choreographed ballet. I copied sentences from The Wizard of Oz, Aesop’s Fables and The Enchanted Typewriter. They were not my words. I was merely a messenger delivering the characters to their rightful position on the screen. How easy it was to fill time and space with letters that were not my own, with sentences I hadn’t needed to create and sounds I would never have to say.

“From the very first quote I saved during my Sherlock phase, ‘Keep calm and think,’ I was hooked to a drug from which there is no escaping.”

In middle school I got an iPod Touch. This gift first exposed me to the wonderful world of quotes. Sure, I had seen the motivational cat posters hanging from classroom walls and the onslaught of idioms in doctors’ offices, but now I had access to a seemingly endless stream of language. From the very first quote I saved during my Sherlock phase, “Keep calm and think,” I was hooked to a drug from which there is no escaping.

Through quotes I saved snippets of my favorite characters. Each image preserved a moment, a phrase, a sarcastic interaction that brought humor to my otherwise mundane existence. How much did it matter what I said when there were people across the world speaking such beautiful phrases?

Some were motivational, “It’s just a bad day. Not a bad life.” Others whimsical, “I will stop loving you when an apple fruit grows on a mango tree on the 30th day of February.”

I became a master of mimicry. On a daily basis, I could exchange the voice of a dead poet for one of a novel’s heroine. Regardless of the chaos in my mind and my life, their wise words kept me calm, cool and collected.

I learned morals and manners, comedy and compassion, suffering and success. No one, not even I, was obscure or obsolete.”

Behind my protective shield of syllables, I carefully constructed the perfect persona: a straight-A student, dutiful daughter and faithful friend who had her entire life figured out.

With every breath I became the human embodiment of this quotation. Three simple sentences steadied my soul and changed my false smile into one of true sincerity.

Song lyrics, poetry, prose; authors, anonymous, art. Each line of text and image presented a chronological catalogue of my life, preciously preserved in pictures. Some days, I was triumphant, the queen of the world because I read somewhere that someone once had a good day. So why couldn’t their good day be my good day? Why couldn’t their words become my words, their wisdom and experience sleeping in my subconscious?

I learned morals and manners, comedy and compassion, suffering and success. No one, not even I, was obscure or obsolete. If their words could resonate across time and space until they reached me, then perhaps I could have such a profound effect one day, too. Two words or 200, every character conveyed to my fragile heart that perhaps I was not as unbearably alone as I once believed.

For every emotion, experience and enigma I encountered, I could find a quote to guide me, to cause me to question my preconceived prejudice and to show me that what I am going through others have gone through before and survived.

The quotes I have consumed with such a feverous ferocity for the past five years now have instilled in me the importance of bravery, courage and empathy. I may not be able to pronounce every word with surgical precision or spell each sentence without errors, but my unsteady voice can still cut through silence like a scalpel. Through others’ words, I have found my voice.

“Through others’ words, I have found my voice.”

No longer do I believe my words do not have an impact. From long strains of texts shared late at night with friends to sentimental cards I collect from birthdays and celebrations, the messages I send out into the world stay with me. From sending a friend a paragraph long message of all the things I love about her on her birthday to being a listening ear for people in distress, for better or for worse what I say affects others.

I am still an observer, content to listen before speaking and understand before judging. With quiet conversations I compile pages of information on people from different backgrounds than my own. It is hard to remain ignorant when I hear brave people speaking their truth to an often unkind world. I hope that through my own writings I can echo and contribute to the declarations of truth I hear around me every day.

How have you developed your inner voice? Let us know in the comments below.

I choose pride, not arbitrary labels

Should the Mueller Report be released publicly?