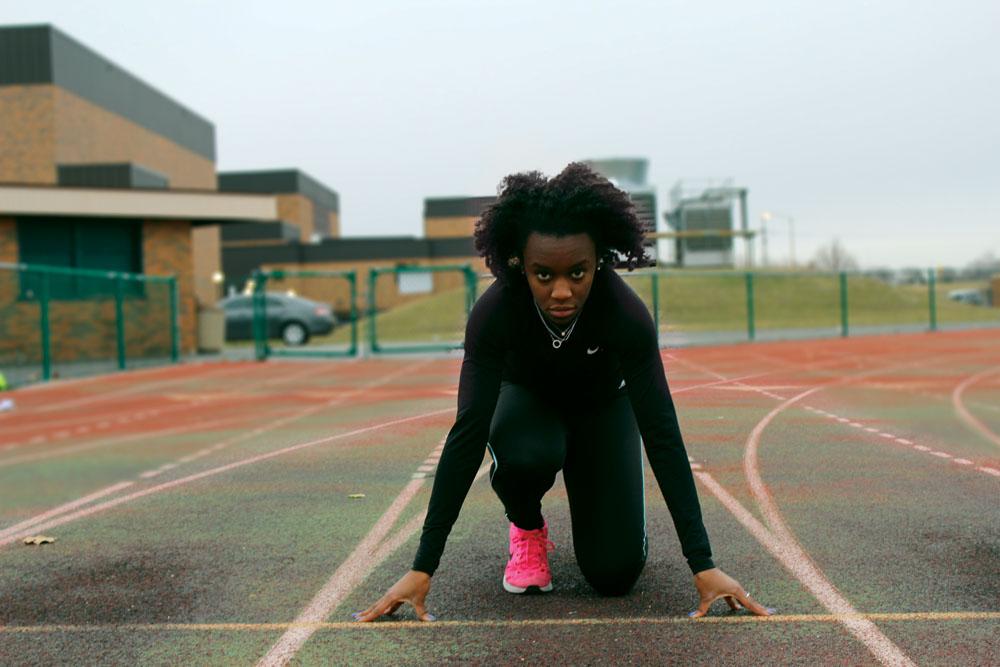 The RBHS track team attended the Dale Collier Invitational at Kirkwood High School Saturday, April 27. The meet comes towards the end of their season with two meets, districts, sectionals and state remaining.

Freshman Grace Fischer is a varsity runner who ran her first 3200m race on Saturday. She placed fifth out of 30, which she said was “OK for the first time running.” Being a freshman on varsity, Fisher has greater expectations for herself, worried she might not be able to keep up with the upperclassmen.

“Leading up to [the meet] I was incredibly nervous and scared of failure just because of all the pressure I felt being a freshman running varsity and coach having high standards going into it,” Fischer said.

Junior Jack Stevens is an accomplished runner with a 4:55 1600m personal best, but he felt he let down his team at the meet. He turned his disappointment into determination, though, and plans to train harder so he can do better in the remaining portion of the season.

“I’ve had some very bad weeks and my coach wants the best for me,” Stevens said. “The best way I can start is [by] getting some self-confidence and focusing on how I can grind to get the result I want.”

“Leading up to [the meet] I was incredibly nervous and scared of failure just because of all the pressure I felt being a freshman running varsity and coach having high standards going into it.”

Practices are strenuous, but the runners know they are necessary for improvement. As the athletes’ skill level improves, so do the intensity of their runs. Track fosters a highly competitive atmosphere, which forces students to always give their best effort.

“[Tuesdays and Thursdays] are the hardest workouts of the week,” Fischer said. “You have certain times and distances you have to do and if you can’t get them you are considered weak. They are crucial to performing at a high level, and the better you get, the harder the workout gets.”

Despite the difficulty of the sport, students in track are still highly dedicated. They find the work worth the benefit they reap. Fischer remains optimistic and has high hopes for the rest of the year.

“I hope to take the 1600 or 3200 through districts and end my freshman season strong,” Fischer said.